A high-ranking executive at FTX’s Bahamian entity tipped off local regulators of potential fraud perpetrated at the cryptocurrency exchange just two days before the exchange was forced to close.

According to Bahamian court records filed on Dec. 14, Ryan Salame, the former co-CEO of FTX Digital Markets (FDM) told the Securities Commission of the Bahamas (SCB) on Nov. 9 that FTX was sending customer funds to its sister trading firm Alameda Research.

Salame said the funds were to “cover financial losses of Alameda” and the transfer was “not allowed or consented to by their clients.”

The allegation spurred SCB executive director Christina Rolle to contact the commissioner of the Royal Bahamas Police Force to request an investigation as the information “may constitute misappropriation, theft, fraud or some other crime.”

The next day, on Nov. 10, the SCB froze FDM’s assets, suspended its registration in the country and the Bahamian Supreme Court appointed a provisional liquidator attempting to preserve the company’s assets.

The records reveal the first known instance of an executive from FTX or Alameda assisting authorities.

Salame is believed to be in Washington D.C. according to the filings and has not spoken publicly since the collapse of the exchange.

His last public tweet was on Nov. 7 in which he replied “lol [sic]” to Binance co-founder Yi He who explained the reason the exchange sold its FTX Token (FTT) holdings.

Related: Realized losses from FTX collapse peaked at $9B, far below earlier crises

On Dec. 4, speculation abounded after pictures purported to show Alameda CEO Caroline Ellison in a New York coffee shop a short walk away from the U.S. Attorney’s Office, leading some to believe she may have been cutting a deal with authorities in the wake of the FTX collapse.

Bankman-Fried is the only person from FTX and Alameda to have been charged so far, adding credence to the speculation that executives from both firms are assisting authorities.

He faces charges related to money laundering and political campaign finance violations along with wire and securities fraud.

Bankman-Fried, Wang, Singh and Ellison are reported to have operated a group chat on the encrypted messaging app Signal called “Wirefraud” used to send secret information about FTX and Alameda’s operations. Bankman-Fried denied any knowledge or involvement in the group.

Update (Dec. 15, 5:40 am UTC): Further information from the court filing was added along with additional background information.

How to Code an On-Scroll Folding 3D Cardboard Box Animation with Three.js and GSAP 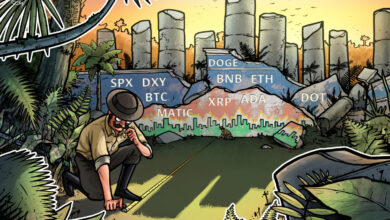 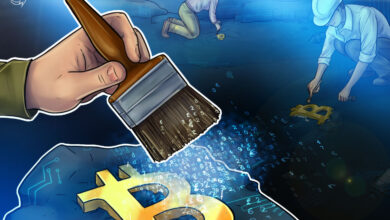