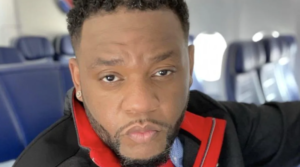 A vaccinated flight attendant with Southwest Airlines died from COVID-19 less than two months after contracting the virus.

USA Today reports that 36-year-old Maurice “Reggie” Shepperson tested positive for COVID-19 in July and was placed on a ventilator shortly after. But on Tuesday, a nurse informed his mother, Dawn Shepperson, that her son passed away early Tuesday from the virus.

According to his friend and fellow flight attendant Marcia Hildreth, Shepperson was fully vaccinated and took every precaution to protect himself from the virus, including frequently washing his hands, sanitizing surfaces, and wiping everything down in hotel rooms. “I’m going to miss my friend,” she said.

Shepperson says her son frequently visited Hawaii for work and had just spent time there in early June before contracting the virus.

“It shows how quick life can change,” Dawn told the Las Vegas Review-Journal. “How you can build a life for yourself, and how quickly your life can just be taken away. Everything that you worked for, so hard, it can just basically be left in ruins, your family left in ruins.”

Shepperson said the airline reached out to her after her son’s passing and pulled her from a work trip to help her return to Las Vegas Wednesday.

“We are heartbroken over the loss of our Southwest employee,” Southwest spokesman Brandy King said in a statement. “Out of respect for the family, we do not have additional information to share.”

Hildreth set up a GoFundMe page on behalf of Shepperson’s mother to help raise money for the funeral arrangements.

According to data from the CDC, half of the U.S. population has had two shots and is fully vaccinated against COVID-19. In July, a UK study found that two doses of the Pfizer or AstraZeneca vaccines were 88% and 67% effective against symptomatic people with the delta variant of COVID-19.