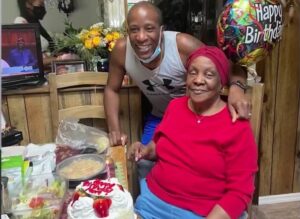 A family in New York is suing the Joseph A. Slinger-Hasgill Funeral Home in Long Island after a mistake by the home’s director delayed their mother’s burial by two weeks.

According to NBC News, Sadie Williams‘ 11 children had already engaged Slinger-Hasgill to handle their mother’s funeral ahead of her Aug. 17 death. In accordance with Muslim tradition, Williams’ family took all necessary steps to insure she would be laid to rest within three days.

On the day before her mother was to be memorialized, Salimah Lee viewed the body and told the funeral director Joseph Slinger that it was not Williams’. He reassured her that it was, and reconfirmed it to the entire family on the day of the funeral, Aug. 20.

The following day, the family received a call from Slinger-Hasgill informing them of the home’s mistake and letting them know that the incorrect remains would be exhumed. In the interim, the family’s lawsuit says, Williams’ body was left “abandoned” in the funeral home’s morgue.

In the lawsuit, the family claims that once Williams’ body was correctly identified, Slinger and his team tried to convince Lee to simply bury the correct body without a new service, NBC New York reports. And while they did eventually perform a new burial ceremony, the suit claims Slinger-Hasgill did not provide full funeral services.

“It is unconscionable, how such egregious actions can take place,” family attorney Phil Rizzuto wrote in a statement to NBC New York on Thursday. “The most disturbing thing about this case is that the family pointed out the error and Mr. Slinger-Hasgill refused to even consider the possibility of making a mistake.”