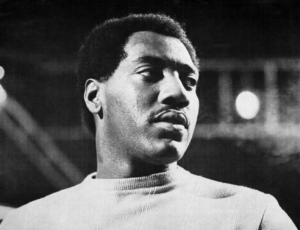 The state of Georgia officially declared Sept. 9 “Otis Redding Day,” on what would’ve been the late soul singer’s 80th birthday.

On Thursday, the proclamation was formally announced during an event at The Otis Redding Museum in Macon, Georgia. A new collection of Redding’s memorabilia that celebrates his life, legacy, and global influence will also be unveiled at the museum, New York Daily News reported.

The exhibit will include handwritten notes, unseen photos and more from the Dock of the Bay singer and Dawson, Georgia, native who called Macon his hometown.

In partnership with Macon Arts Alliance, the city recently launched a new art exhibition “INSPIRED BY OTIS,” showcasing works of art by local artists inspired by Redding and his musical legacy. The exhibition runs through Sept. 24.

Rhino will also be releasing new immersive Dolby Atmos mixes of seven of Otis’ popular recordings; including “These Arms of Mine,” “Pain in My Heart,” “Love Man,” “That’s How Strong My Love Is,” “I’ve Got Dreams to Remember” and two classic holiday covers, “Merry Christmas Baby” and “White Christmas.” The mixes will be released to all streaming platforms that feature immersive audio.

Also on Redding’s birthday, DJ D-Nice will host a birthday celebration for the singer as part of his Club Quarantine virtual parties on Instagram. The party will get started at 8 p.m. EDT.

For his support of Redding’s legacy, the popular deejay will receive the Award of RESPECT from the Otis Redding Foundation, a philanthropic organization established in 2007 by Redding’s widow, Zelma Redding.

The award’s name pays homage to Redding, who was the original singer of “Respect,” the song that made Aretha Franklin the “Queen of Soul.”

Carrying on the celebration, this fall, a series of special remixes of classic Redding songs created by various artists will be released. This first of the series launches Thursday and will be a remix of his classic 1967 duet with Carla Thomas, “Tramp,” by Australian electronic duo Korky Buchek.

Redding’s legacy lives on and on.