Apple and Android manufacturers, though have improved their software support and update cycles — six years old iPhone 6s will be able to run iOS 15 — over the last couple of years, it seems it’s not enough for the German government. Germany’s government is asking smartphone manufacturers to push to their limits requiring OEMs to provide seven years of security updates and spare parts for smartphones as part of negotiations with the European Commission. This is two years more than the Commission’s five-year proposal, and would effectively give phones a more computer-like support cycle.

Unsurprisingly, the proposals are facing pushback from manufacturers. The industry advocacy group DigitalEurope (which has Apple, Google, and Samsung as some of its key members) wants the requirement for just three years. The group wants to limit spare parts requirement to screens and batteries rather than cameras, speakers, and other components that are a part of Germany’s proposal.

Instead of limiting the spare parts requirement, the EU even wants to add a maximum delivery time clause to the proposal. The Commission is currently planning a maximum delivery time of five working days. This point will “have to be discussed”, said the spokeswoman for the Ministry of Economic Affairs. A longer time could see a customer getting the phone replaced rather than repaired.

Samsung didn’t comment on the proposal, but in a statement to heise online, the company said, “while the average initial usage time was around 21 months in 2015, we were able to increase this to an average of 29 months in 2020,” suggesting the three-year requirement from the company is sufficient. Earlier this year, Samsung announced that it will provide four years of security updates to its Galaxy smartphones and tablets. 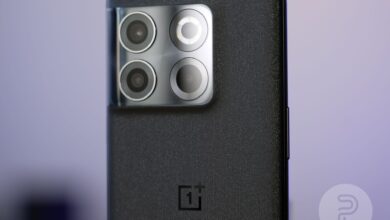