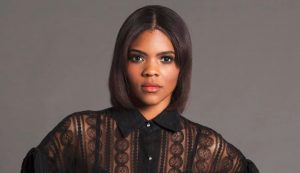 Apparently, Candace Owens’s television show wasn’t getting enough attention, so she took to the airwaves and urged the American government to invade Australia.

The right-wing pundit and controversial commentator spoke on her self-titled show on Monday and explained why the US should go after Australia to free its people “suffering under a totalitarian regime.”

“When do we deploy troops to Australia? When do we invade Australia and free an oppressed people who are suffering under a totalitarian regime?” Owens asked. “When do we spend trillions of dollars to spread democracy in Australia?”

Owens commented while claiming the COVID-19 pandemic has put the planet into an “ideological and psychological” global warfare. She made mention of her family in Australia and claimed that “the mental state of everyone around her was in steep decline,” as noted by The Independent.

The staunch Donald Trump supporter also blasted Australia as a “tyrannical police state” where “its citizens are quite literally being imprisoned against their will.”

“We are watching a replay of the early ambitions of Joseph Stalin, Adolf Hitler, Fidel Castro, Hugo Chávez,” Owens said.

Right-wing attacks against Australia’s pandemic policies are nothing new. However, the country has done well with adopting government-supported health measures during the pandemic.

Owens once again became a trending topic, with many people mocking her for insinuating that Australia is a struggling country.

Yep life is real tough down under….
Thanks for your concern 🥃 pic.twitter.com/HvDQtpd3Jg

@RealCandaceO I live in Australia. Was at the pub on the weekend. I danced. The rules are not that strict. it is not a dicatatorship. I went to a football game (superbowl equivelant) with 40k other fans. We drank. We were merry. We are fine. Stop spreading lies and fear and anger

Me trying to figure out why Candace Owens is trending pic.twitter.com/O46ZZR2kXJ

On Friday, Owens responded to reports of her saying the US should “invade” Australia and said her “in jest” rhetoric was purposely taken out of context.

If you want an exercise in how journalists ruthlessly lie—please examine the @guardian current headline claiming that I suggested we “invade Australia”, absent my following sentence, “I say that of course, in jest”.

Why the rush to lie? Because I told the TRUTH. #FreeAustralia pic.twitter.com/CsAY17ahVv

Owens’ attacks against Australia’s COVID-19 restrictions are the same ideologies popular conservative politicians have made in recent weeks. Most recently, Texas Sen. Ted Cruz accused the Australian government of “Covid tyranny,” which he said was “disgraceful and sad.”

Souldiers Is An Action-Packed, Soulslike Metroidvania Coming Next Year