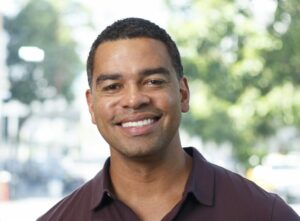 Tyson Clark, one of Silicon Valley’s most prominent Black startup investors, died unexpectedly Wednesday at the age of 43.

Clark served as the sole Black general partner with Alphabet’s venture arm, GV which helped him gain recognition in the tech capital of the world, Silicon Valley. In an arena that has long been criticized for being dominated by White males, Clark stood out as one of the few venture capitalists of color, Bloomberg reported.

On Thursday, GV CEO David Krane sent out a statement confirming Clark’s passing and his lasting impact at the venture capitalist firm.

“With great sadness, we share that Tyson Clark, our friend and GV general partner, passed away yesterday due to sudden complications from a health issue,” GV tweeted. “We are shattered by this loss, and will miss him profoundly.”

With great sadness, we share that Tyson Clark, our friend and GV general partner, passed away yesterday due to sudden complications from a health issue. We are shattered by this loss, and will miss him profoundly. pic.twitter.com/Rsjl0zDLMz

“The GV team extends our deepest sympathies to Tyson’s family and loved ones,” the statement continued. “We are privileged to know his warmth, intellect, integrity, mentorship and humor. We will miss him profoundly.”

A father of three, Clark joined GV in 2015, Tech Crunch reported. He was also a veteran, having served six years in the U.S. Navy as a nuclear propulsion submarine officer.

Clark had recently hosted a conversation about “attracting more vets into tech” alongside fellow veteran and entrepreneur A.J. Altman, whose 3D model company, Hover, acquired an early investment from GV.

The successful investor studied industrial engineering at Stanford and obtained his MBA from Harvard Business School.

Clark’s philanthropy work expanded outside of the VC space. He served on the boards of the San Francisco Museum of Art; Summer Search, an organization that works with high school students from low-income communities to overcome systemic inequality; and Resurge International, an international non-profit focused on healing impoverished patients who suffer from congenital abnormalities or injuries, with a focus on burn victims.