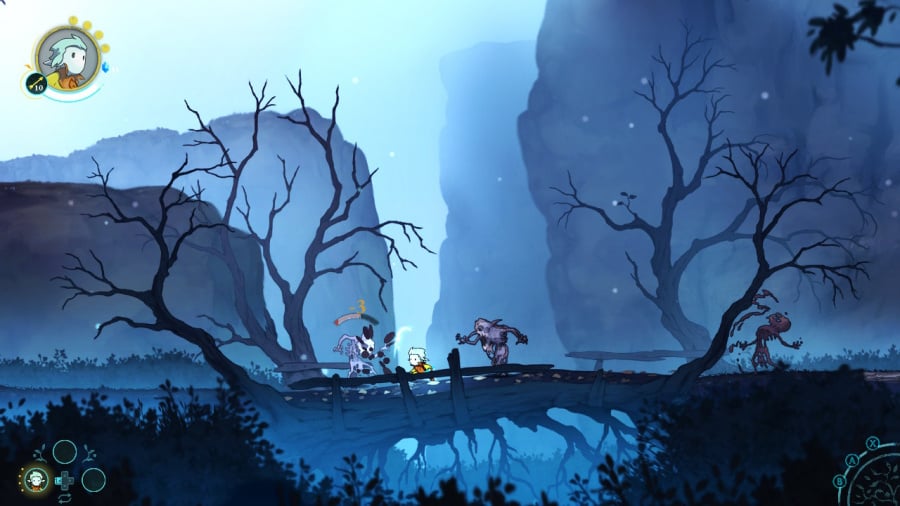 The Switch is no stranger to quirky 2D platformers at this point. With so many quality titles to choose from, it can be tough for newcomers to stand out from the crowd. Greak: Memories of Azur is a solid 2D adventure game that, visually at least, can stand proud amongst some of the best examples of the genre, but with few original ideas to call its own, it’s most definitely at risk of being lost in a sea of excellent indie titles.

Taking place within the land of Azur, you take on the role of three siblings from a race known as the Courines, who are locked in a raging battle with a rival race, the Urlags. The siblings have been split from one another, and it’s up to you to reunite them. Starting the game as Greak, it won’t be too long until you locate Adara and Raydel, and from there you can switch between the characters at will, using their unique abilities to solve puzzles and progress further into an increasingly hostile land.

The first you’ll notice when booting up Greak: Memories of Azur is just how darn gorgeous it is to look at. The hand-drawn animations are exquisite, and the environments burst with colour and variety, from the depths of a dark cave, to the hustle and bustle of the main hub town. Everything has been crafted with the utmost care and attention, and it really shows. 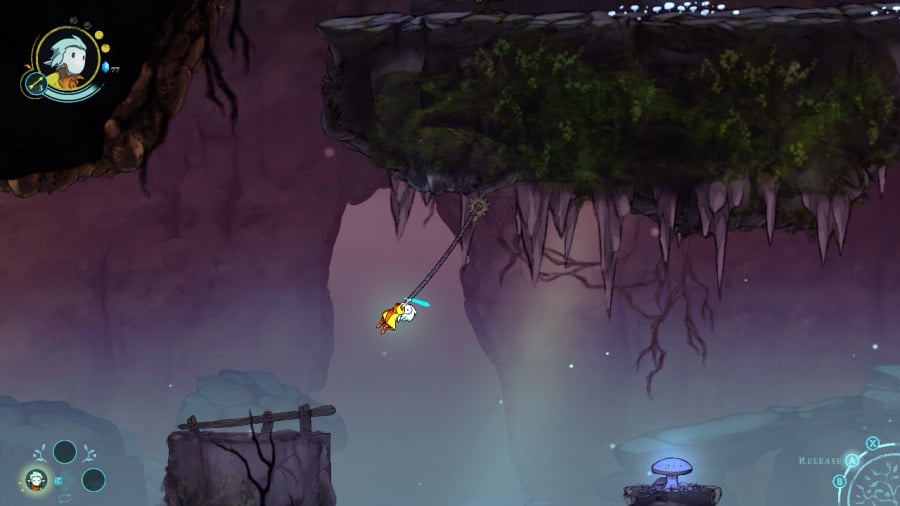 In fact, our only wish is that the camera be a little more dynamic; you can move it around with the right analogue stick to check out more of your immediate surroundings, but it would have been fantastic if it zoomed in a bit during tense fights, or zoomed out as you enter a new area. During some of the game’s many puzzles, it would be a massive help if the camera panned out a bit to give a clearer idea of what you need to do.

Controlling each of the characters feels reasonably slick for the most part. Each one is able to perform a double jump (or a hover ability in Adara’s case) and dodge roll, and all boast their own attack patterns. The combat can occasionally feel a bit messy, however, and it can be a bit tricky to pull off smooth combos with Greak’s sword. We’ve still not yet figured out if you need to simply mash the attack button, or press it in a rhythmic manner, but neither option seemed to garner much success.

Similarly, traversal can be a bit of a bother on occasion. Adara’s inability to double jump makes reaching higher ledges tough. This is fine in most cases, as you can simply switch to a different character, but sometimes you’ll find yourself in a contained room with nowhere to go but up. If you’re playing as Adara in these situations, be ready to miss many jumps before you manage to reach the exit. 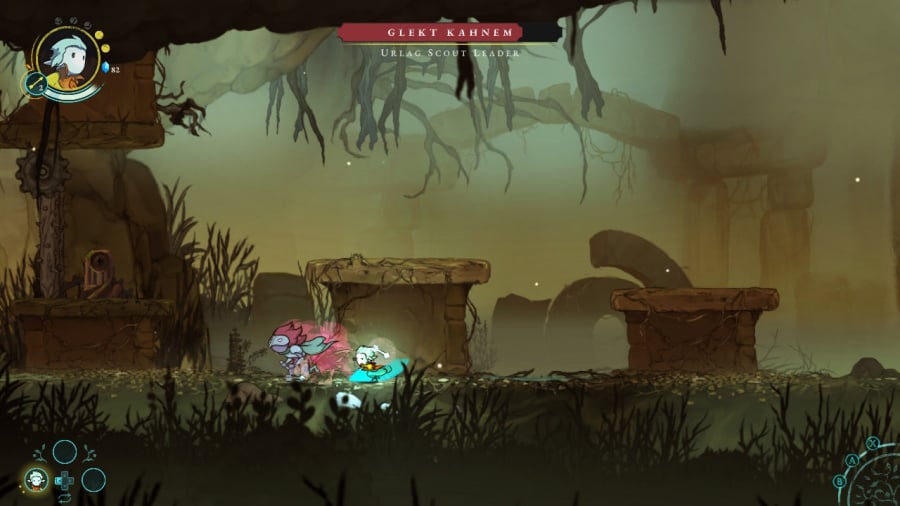 One of the better aspects of the game lies in its puzzles. There are plenty throughout the experience that feel fun without stretching your brain power too much. Most consist of finding ways to unlock doors, such as lining up beams of light across multiple mirrors, and other areas task you with collecting items within a set period of time in order to boost your powers. There’s a nice variety on display, and each of the biomes you visit feel unique without ever outstaying their welcome.

The environments are a result of some excellent world building. Within the initial hub world, you’ll meet a plethora of well written characters, many of whom provide quests, or offer services and items to help you along your way. As you wander the lands, you’ll come across a wide variety of consumables, many of which can be combined at a campfire to create more potent meals (thanks, Breath of the Wild!). You’ll also gain an item early on which allows you to travel directly back to the town, should you wish to do so.

Greak: Memories of Azur can occasionally feel a tad tedious due to the constant switching back and forth between the main characters. It’s a little odd, then, that the developers chose not to implement co-op play. Despite a sizable chunk of time at the start of the game during which only Greak is playable, once you gain your siblings as playable characters, it seems almost obvious that co-op play should be implemented at this point, allowing two (or possibly even three players) to work together. Greak works as a single-player experience (and there’s a demo available on the eShop for anyone interested to sample), but we would have liked to see a co-op option.

Greak: Memories of Azur is a solid platformer by Navegante Entertainment, delivering a well realised world with interesting characters, gorgeous hand-crafted visuals, and intriguing environments that beg to be explored. The combat can be a bit hit and miss at times, and the distinct lack of co-op play — despite the ability to switch characters at will — feels like a missed opportunity. As a story-driven adventure title, though, this one is absolutely worth a punt.

Switch Takes Japan's Entire Top 30 Software Chart, The First Console To Do So Since 1988