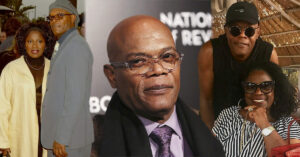 HBCU Spelman College’s John D. Rockefeller Fine Arts building has a long history of investing in its students and helping to launch acting careers for stars that we may know all too well.

The award will help renovate its performance arts building. According to the Atlanta Journal-Constitution, the acting duo’s contribution is the largest donation from alumni in the school’s 140-year history.

Creator of the Star Wars franchise, George Lucas, and his wife, Mellody Hobson, friends of the Jacksons, also contributed $10 million. Other donations include $2 million from Bank of America and $300,000 from the descendants of John D. Rockefeller, bringing the total funds for the renovation project to $17.3 million.

Slated to kick off in spring 2022, the renovations will include the removal of asbestos, improving the building’s handicap accessibility, upgrading bathrooms and dressing rooms, and the ventilation system.

“Renovation talk has been going on since I arrived at Spelman over seven and a half years ago,” said chair of the Theater and Performance Department Aku Kadogo in a press release. “You don’t really believe it until you see it, so I’m excited that this is happening.”

At 57 years old, Spelman’s Fine Arts Building still holds sentimental value for the couple. Their donation to help with renovations has reportedly been a long-time future project.

When renovations are completed, the theater, lobby, and dressing rooms will be renamed the LaTanya Richardson Jackson and Samuel L. Jackson Performing Arts Center in honor of their donation.

“It has a special place in their hearts,” shared Arthur E. Frazier III, Spelman’s director of facilities management and services, in a statement. “One of the initial conversations I had with her [Richardson Jackson] happened to be on her 40th wedding anniversary. She shared that she and Sam met for the second time in that building,” Frazier added.