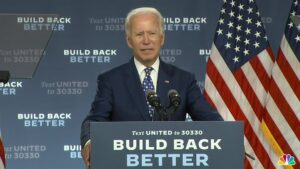 To ensure the bill’s passing, HBCU presidents sent the letter to Senate Majority Leader Chuck Schumer and Senate Minority Leader Mitch McConnell urging them to pass what they believe is a down payment on the investment of Black Americans and a country full of talented citizens.

“While constituting only 3% of all colleges and universities, we still graduate nearly 20% of all African American students and contribute nearly $16 billion to the GDP each year, yet we have traditionally received less than 1% of federal funding for higher education,” the letter states. “Though we have all persevered and continue to provide high-quality, low-cost education for ALL, the trend of financial inequity is ultimately unsustainable for what we believe are some of the nation’s most important institutions of higher education.”

HBCUs have been woefully underfunded in the past and some have sued their states as a result. The state of Maryland has agreed to a settlement paying $577 million to the state’s four HBCUs over 10-years.

Additionally, a bipartisan legislative committee determined the state of Tennessee failed to adequately fund its HBCU, Tennessee State University, in matched land grants going all the way back to the 1950s, costing the public university between $150 million and $544 million.

Of the $10 billion slated to go to HBCUs and MSIs, $4 billion would go toward research and development infrastructure for these institutions. The other $6 billion would be used for institutional aid, “a five-fold increase from amounts that our institutions have received annually through these funding streams,” HBCU leaders wrote.

If the BBB Act passes, it will allow many HBCU schools to upgrade their facilities, including research centers, IT laboratories, and dormitories. The BBB Act narrowly passed the House of Representatives in a vote along party lines. Tony Allen, who leads President Biden’s Board of Advisors on HBCUs, told Politico the schools have received bipartisan support in Congress.

“We encourage the Senate to enact swift passage of the Build Back Better plan. The time to act is now,” the letter concluded.