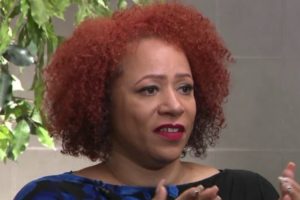 The head of Middlesex School, David Beare, has taken a leave of absence after the school came under fire for uninviting Nikole Hannah-Jones to a scheduled appearance during Black History Month.

Beare sent out a letter to the school last Thursday, obtained by The Boston Globe, and revealed the “independent review” the elite private school is launching in response to the decision to rescind Hannah-Jones’ invitation.

“As we move forward from this week, please know that the Board is committed to understanding in full the events leading to the decision to rescind the invitation to Professor Nikole Hannah-Jones,” the letter stated.

“To this end, we are initiating an independent review to determine the facts and draw the necessary lessons.”

Beare said his leave of absence “serves the best interest of the students and the School. Thank you to everyone in the School community who has reached out to me and my family during this challenging time.”

Last month, Hannah-Jones took to Twitter to put Middlesex on blast after she was suddenly disinvited from speaking at the school during Black History Month.

“Some months ago, a dear friend asked me for a favor,” Hannah-Jones tweeted. “Her former boarding school, Middlesex, wanted me to come speak as part of BHM. Speaking at this type of school is not something I typically do, but she’s my friend. I said yes. I just learned the Pres & board canceled my talk.”

Some months ago, a dear friend asked me for a favor. Her former boarding school, Middlesex, wanted me to come speak as part of BHM. Speaking at this type of school is not something I typically do, but she’s my friend. I said yes. I just learned the Pres & board canceled my talk.

The decision sparked a backlash among alumni and resulted in current students staging a walkout in addition to at least 100 faculty members signing a letter of protest. The school, which costs $67,000 per year to attend, initially invited Hannah-Jones to speak at a race symposium.

However, the 1619 Project creator has been the target of right-wing attacks since her New York Times project helped spearhead conversations and implementations of Critical Race Theory, a subject most conservatives are fiercely against.

The Middlesex school board of trustees says they weren’t consulted on Hannah-Jones being disinvited and has hired an interim head of the school while searching for a new replacement, Daily Mail reports. Last week the predominantly white school’s board released a letter expressing their commitment to diversity and inclusion.

“As an educational institution, we believe an open exchange of viewpoints is vital to student development and intellectual excellence,” the letter stated.