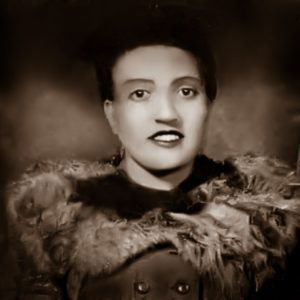 The family of Henrietta Lacks has retained popular civil rights attorney, Benjamin Crump, to represent them in a lawsuit against the pharmaceutical industry, reported BET.

Lacks was diagnosed with cervical cancer and died at the age of 31. However, before her death, doctors at Johns Hopkins collected samples of her cells and turned them over to researchers. Because of this, medical advancements for the development of vaccines and treatments for major illnesses, such as AIDS and even COVID-19, have been made. Her cells were also the first cells to be successfully cloned.

Now, her family is demanding remuneration.

Crump intends to get that compensation for Lacks’s family saying that the pharmaceutical industry made millions off of her “HeLa” cells. Working with lawyer Christopher Seeger, the team is investigating lawsuits into a possible 100 defendants. It is also possible that they will pursue litigation against Johns Hopkins Hospital.

Crump said the way that Henrietta Lacks’s cells were taken without her consent and went on to propel both the medical and pharmaceutical industries is an example of the exploitation that Black people have long been subjected to.

“Never was that more apparent than with the tragedy of how they exploited Henrietta Lacks,” he said.

Lacks’s family members had discussed legal action against the myriad companies who used her cells for years. On Thursday, they appeared at Greater Faith Baptist Church in North Baltimore with Crump to publicly endorse their decision to pursue the lawsuits.

Seeger said that he plans to begin flailing the lawsuits on Oct. 4, the day that Henrietta Lacks died 70 years ago.

Benjamin Crump has represented the families of George Floyd, Michael Brown, and other individuals who were victims of police brutality. Christopher Seeger is a trial attorney who has won billion-dollar lawsuits against Volkswagen and the pharmaceutical company responsible for the drug Vioxx.

Henrietta Lacks would have turned 101 on Aug. 1. Her family, including her two eldest sons, is keeping her memory alive and gathered over the weekend to celebrate her birthday, wearing t-shirts that said, “Say Her Name.”