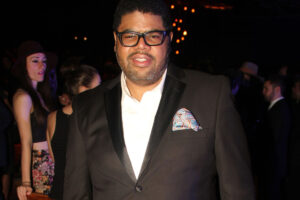 Carl “Chucky” Thompson, once part of the famed in-house producer coalition under the Bad Boy moniker “Hitmen,” has died from COVID-19, according to several reports. He was 53

It is with a very heavy heart that I can confirm the passing of Chucky Thompson.

To anyone in his orbit, you know how generous he was with his energy, creativity and love.

Both the music industry, and the world has lost a titan. pic.twitter.com/jTUl9BNfK4

Prayers and thanks to the prolific music producer flooded social media.

I just got word that DC’s legendary music producer, Chucky Thompson has died from COVID complications. He produced everyone from Mary J. Blige, Biggie & Chuck Brown, to Kanye West, Raheem DeVaughn, Craig Mack and Puffy. He was a bad man & a good bro.
My deepest condolences
RIP?? https://t.co/LIqTU9Fyw7

Chucky Thompson was really an angel. ?