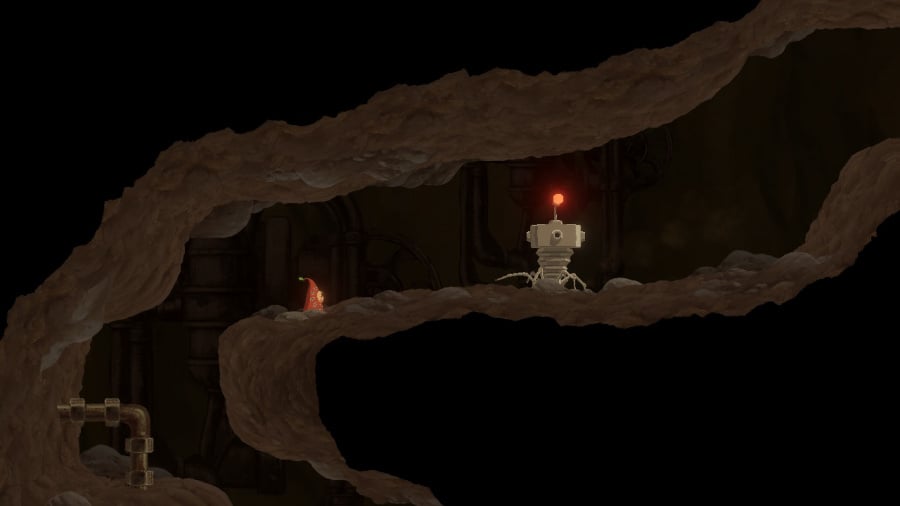 Those of us who played Super Mario Bros. as kids had our minds blown the first time someone pointed out that World 1-1 taught you how to play the game. The Goomba comes along and makes you jump; you’re likely to bump your head and discover a mushroom; the pipe helps you jump onto the blocks and so on. Who’d have thought there was method to game design? A few generations of designers down the line and every modern platform game knows the playbook.

And that is 100% what Hoa does do – exactly, to the letter and without deviation – for almost the entire game. The jump feels right and the tagged on abilities are enjoyable enough that you will use them just for fun. Lives and restarts are absent for stress-free exploration. No complaints, here, but no surprises either. Only the final level – quite suddenly – mixes things up and makes you think. However, if Skrollcat Studio have dropped points for inventiveness, they’ve picked them up for style. To call Hoa “good looking” is an understatement. Book a dentist’s appointment for your peepers because this eye-candy is blindingly sweet.

At times, Hoa barely looks like a game. It stretches expectations of how sumptuously a hand-painted look can be realised. Some segments are zoomed in for claustrophobic tension; others are wide, leaving your character tiny, engulfed in the grandeur of the scenery. Its score of soft, sing-song piano and welling orchestra rise to the same standard of craft and technical fidelity.

Both graphics and music take strong influence from Studio Ghibli films – sometimes very strong influence. It’s particularly brazen that the game opens with a motif lifted directly from Spirited Away. It’s a dearly-felt homage, if blunt, and Ghibli fans will spot inspiration from Totoro, Laputa and more. Nevertheless, the ideas built on those borrowings are emotive and lusciously realised. The game’s central narrative theme is classic Miyazaki, too – nature in opposition to technology. Your fairy protagonist traverses organic environments, befriending insects and slowly revealing a story of how they came to be where they are – but the ideas are more nodded at than explored.

Young players still green to the simple story ideas and to platforming fundamentals will find absolute magic in Hoa. The orchestral score and hand-painted backdrops have the power to whisk imaginations away like nothing else. The tried-and-true design of a modern platform game, while unsurprising to seasoned players, will delight budding gamers getting to know the genre. Apart from its closing stage, Hoa is a paint-by-numbers platformer – and the painting is exceptional, even if everything stays carefully inside the lines.