Pounded with rising concerns of systemic racism and a push to boost racial equity, corporate America has faced unprecedented pressure since 2020 to boost diversity.

And while much more needs to be done, chief diversity officers have been hired at record rates to withstand the challenges placed on companies shortly after the murder of George Floyd and subsequent national Black Lives Matter protests.

According to Business Insider, the job-search platform Indeed showed that listings for diversity roles jumped 56% between September 2019 and September 2020. LinkedIn data reveals that the summer of 2020 saw a surge in the hiring of such roles. This year marked the first test to see whether companies would make real progress.

Frequently people of color, chief diversity officers have executed significant change. Their jobs are not easy and can be draining. They are the caretakers of what might be a major cultural shift for large U.S. corporations. They are implementing game-changing actions that could impact hundreds of thousands of workers and possibly drive CEOs to apply fresh policies to make their firms more inclusive. Here is a glimpse —according to Business Insider—of chief diversity officers’ groundbreaking work and quotes from them.

Through her perseverance, LinkedIn announced in July that it would pay the global co-chairs of its employee resource groups $10,000 per year for their work, along with their salary.

“Historically, ERG leaders take on leadership roles and the associated work in addition to their day jobs, putting in extra time, energy, and insight. And despite the tremendous value, visibility and impact to the organization, this work is rarely rewarded financially,” Durruthy said. “The work of ERGs is more important than ever.”

This past year, LinkedIn also created the option for users to share their preferred pronouns, a big move to make the jobs platform more inclusive, especially for transgender and nonbinary professionals.

LinkedIn aims to double the number of Black and Hispanic leaders and managers on its U.S. team over the next five years. Plus, Durruthy is focused on boosting leadership training that focuses on inclusion and diversity. 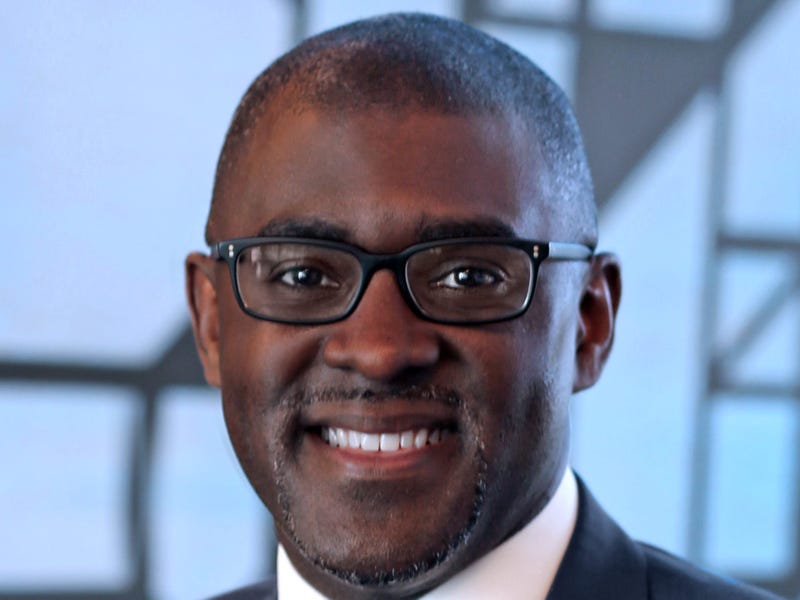 This year, Lamb, CEO Jamie Dimon, and a group of other executives deployed funds from the firm’s banner 2020 $30 billion pledge to address racial injustice. The investment aims to boost the number of Black and Hispanic homeowners, create more affordable housing, and support small businesses through loans.

In September, JPMorgan committed an extra  $100 million to Black and Hispanic-led minority depository institutions and community-development financial institutions.  A month later, the nation’s largest banks said it was pressuring its suppliers to increase spending with Black- and Hispanic-led companies.

“Patience isn’t a virtue for me. I’m inspired to live with purpose and positively impact the lives of others—to be bold in our thinking and hold myself and others accountable to both their personal and professional responsibility to drive sustainable change,” Lamb told Business Insider. 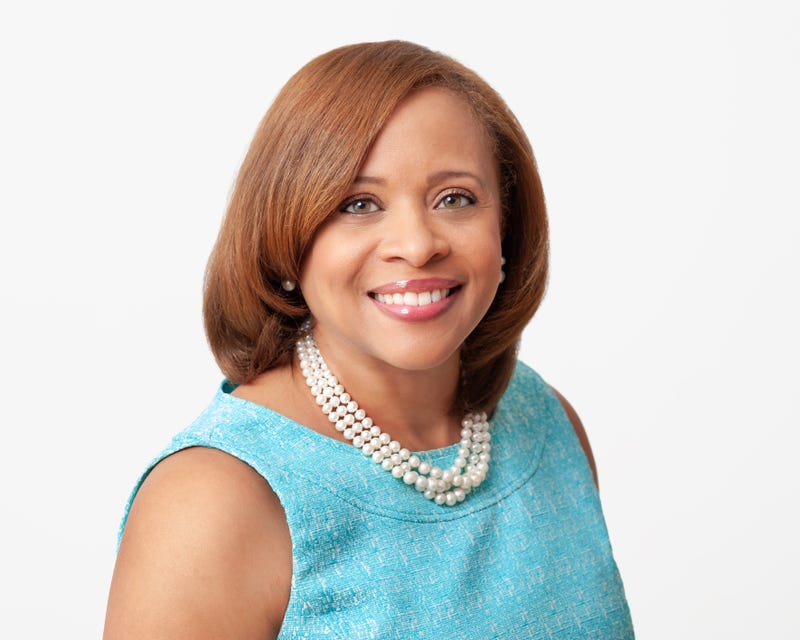 With efforts led by Parker, Google added diversity, equity, and inclusion materials to orientation for all new hires along with training for managers on how to promote inclusion of employees who are neurodiverse, or people with different ways of brain processing, such as people with ADHD or autism. Google also made significant strides in hiring diverse candidates. For instance, the search giant raised Black representation in its U.S. workforce by nearly 20%, from 3.7% to 4.4%.

“I believe we need to further expand the horizon of what we do to support employees of color. To me, that means clearer pathways to leadership, mentorship opportunities, more safe spaces both on campus and virtually, and more DEI exercise for white employees, because it is truly everybody’s responsibility to create a welcoming and gainful environment for underrepresented employees.” 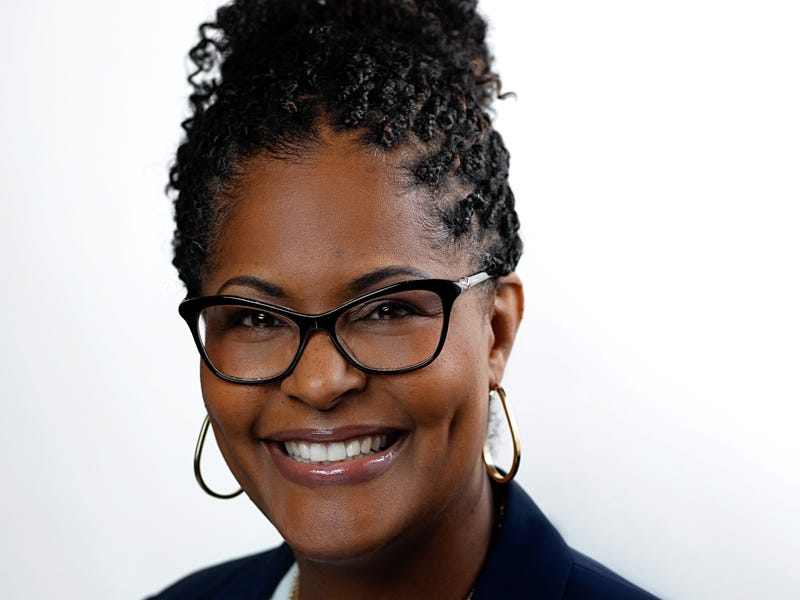 “My mantra is, ‘Everyone in!’ Everybody, especially leaders, must understand the business value of DEI. It’s integral to drive meaningful change in the short term and long term.” 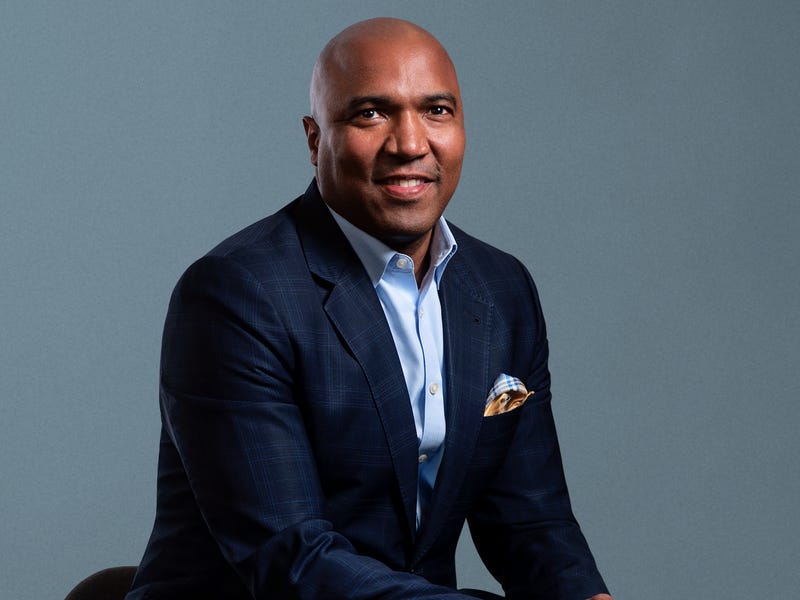 Due to Dismond’s efforts, over 50% of the company’s promotions and nearly half of new hires in the past year were women, people of color, LGBTQ people, or people with disabilities.

He also oversaw an action to increase spending with suppliers owned by people of color, women, or other historically marginalized group. Across 2020 and 2021, the company is projected to spend more than $1 billion with diverse suppliers.

“As a Black man, I’m not immune to the undertones of bias in professional settings, and while my experience is not unique, by sharing and showing vulnerability I can effect change and help others feel safe to share their experiences and perspectives.”

Dalana Brand, V.P. of people experience and head of inclusion and diversity at Twitter 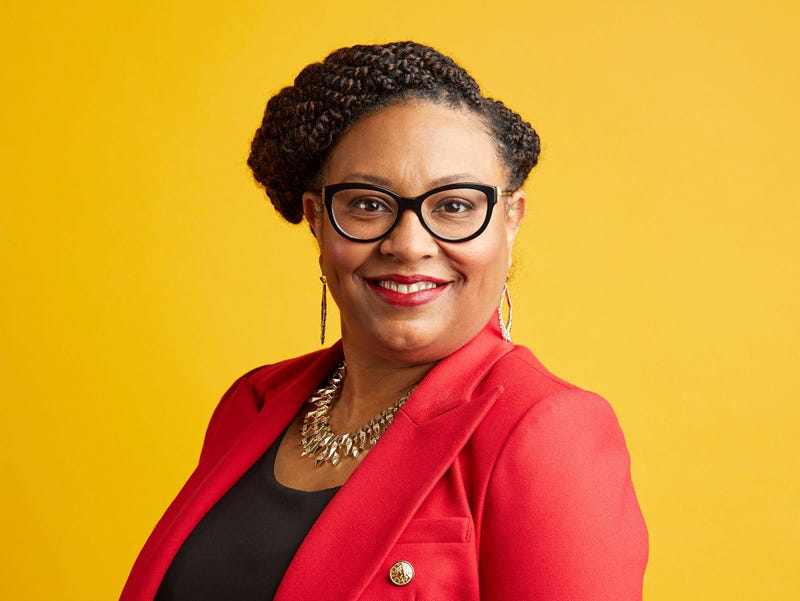 Brand was also influential in the social media giant announcing that employees have the option to work from home indefinitely. That has helped attract and retain talent for whom working from home is best, such as working parents or people with disabilities.

“It’s not enough for us to simply have diverse teams. We cannot check the box and keep on with our own careers because what we know is that diverse folks will remain excluded from opportunity unless we are intentional about inclusion.”

Cargan was instrumental in AmEx rolling out a self-identification system that lets employees share their preferred pronouns as well as their sexual orientation.

“We understood that to drive real change, we needed to further intensify our focus and make inclusion and diversity the heart of not only our workplace but how we do business.” 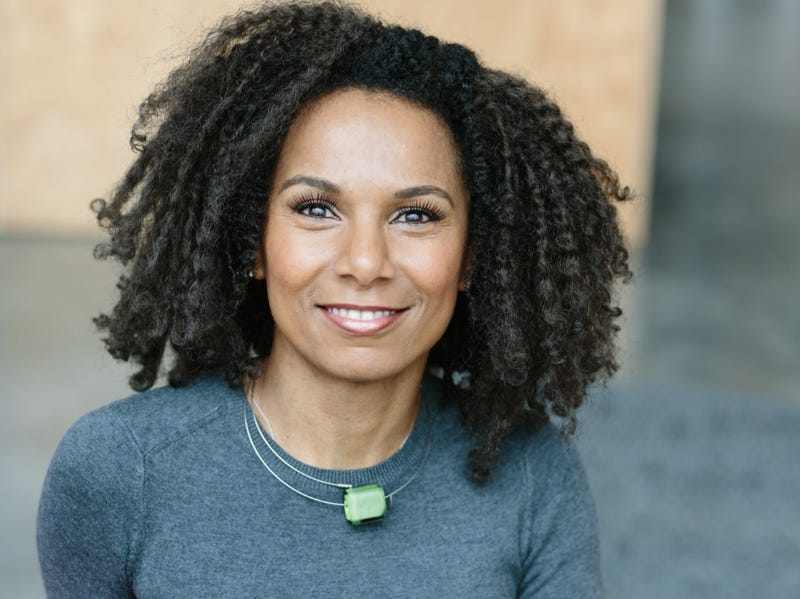 Also, Williams built a diversity advisory council, a group of 18 employees from diverse backgrounds across the globe who meet quarterly to consult on the company’s content policies, products, and human-resources programs.

“Build DEI into business processes and products from day one. Don’t wait for the right time. That time was yesterday.”

Sam drove Nike’s plan to increase representation of historically marginalized communities at the leadership level. Over the past year, he helped the sneakers giant boost representation of women and people of color and at the director level and above by 2 percentage points. Women now make up 43% of directors and above, and people of color make up 27%.

He created new coaching programs for vice presidents across all departments to gain new skills, including skills around DEI. Some 56% of the 2020 participants were promoted to new roles within the year.

“We have to lift as we climb. If we’re not bringing others along with us, we aren’t doing our job right.” 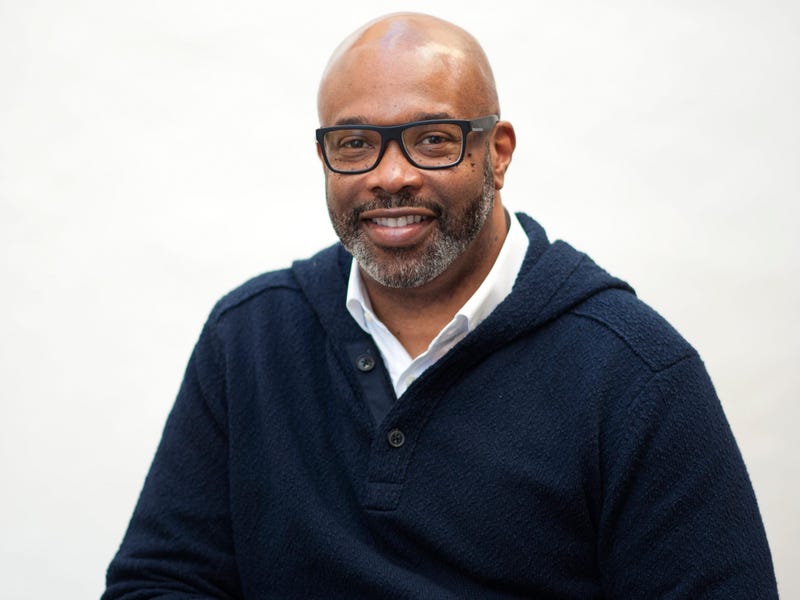 Andrews was a key figure in Momentive’s recent decision to financially recognize employees who lead the company’s ERGs, though the company has not disclosed by how much.

Working with CEO Zander Lurie, Andrews also shaped Momentive’s initiative calling on its suppliers and vendors to increase diversity in their leadership.

“Stamina is the characteristic most needed to combat inequity, racism, and all other negative ‘isms.’ Those of us who do this work can easily get tired, frustrated, and discouraged when progress isn’t made or is happening slowly. Change requires us to be in shape mentally and physically.”

KeyAnna Schmiedl, global head of culture and inclusion at Wayfair 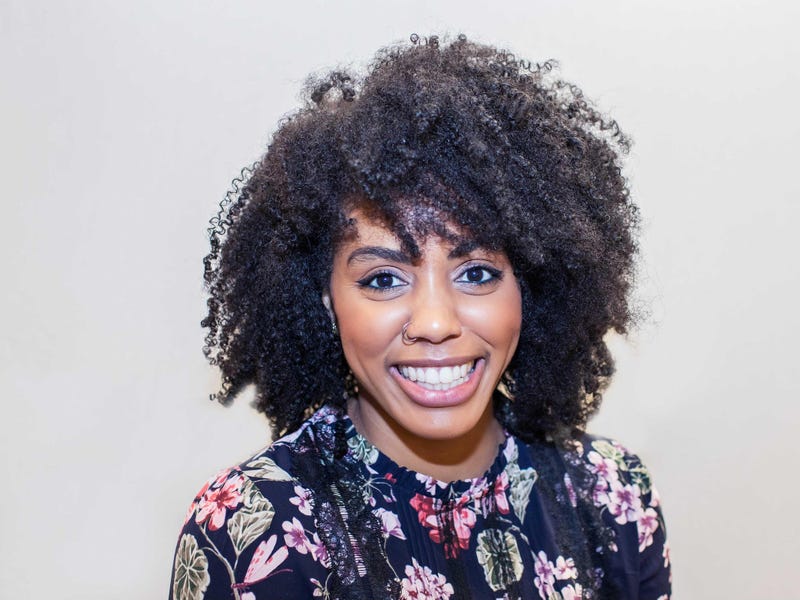 Schmiedl helped Wayfair conduct a third-party pay-equity survey and worked to achieve pay equity for all 16,000 employees across race, disability status, and gender and sexual identity.

Further, she helped diversify Wayfair’s leadership. The company raised the share of women in leadership positions by 7 percentage points in six months from 25% the late 2020 fourth quarter to nearly 33% by late June. The company also hired its first two directors of Indigenous descent.

“I am more consistent in being authentically me from meeting to meeting, interaction to interaction, and I’ve experienced more folks in the workplace bringing more of their humanity to everyday interactions. I’m having more raw conversations.” 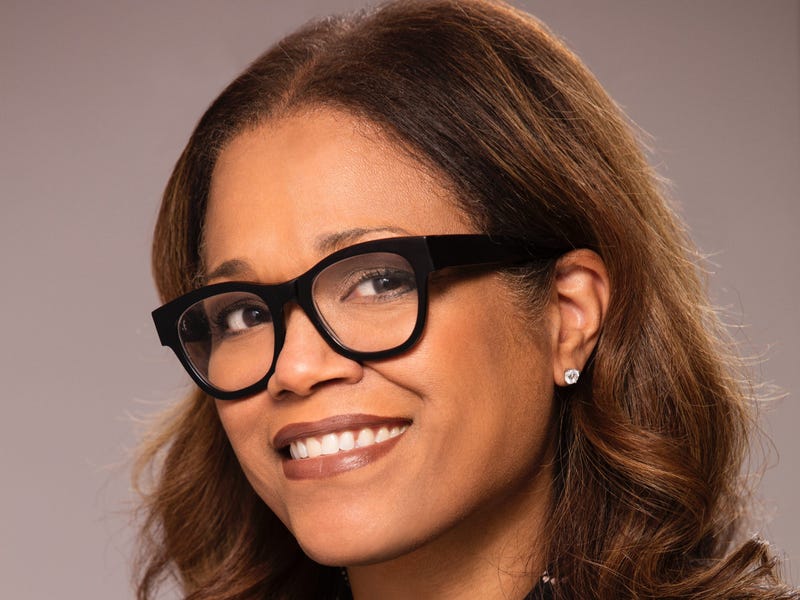 Bowman was instrumental in producing Bank of America’s $1 billion, four-year commitment made in June 2020 to address underlying economic and social disparities that exacerbated during COVID-19. In March, Bowman, CEO Brian Moynihan, and other executives expanded this commitment to $1.25 billion over five years to further support investments to advance racial justice through grants to historically Black colleges and universities (HBCUs), Hispanic-serving institutions, and civil-rights organizations.

Bowman has helped the nation’s second largest bank deepen connections with HBCUs and HSIs over the past year and a half. Because of these efforts, the bank’s 2021 entry-level class is at least 50% people from historically marginalized backgrounds.

“There is no question that achieving strong operating results on equity — the right way — starts with our teammates. Our diversity makes us stronger, and the value we deliver as a company is strengthened when we bring broad perspectives together to meet the needs of our diverse stakeholders.”