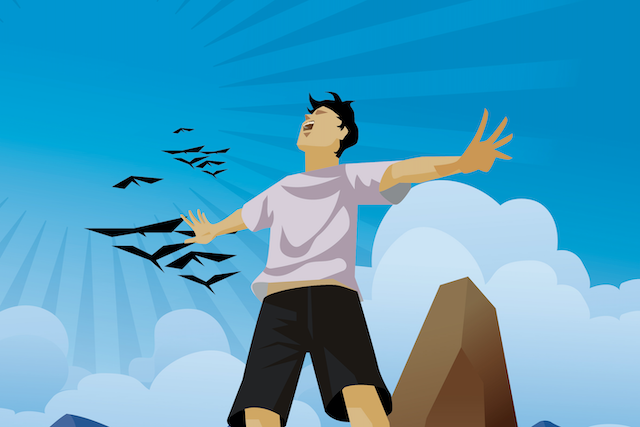 “The only way to ease our fear and be truly happy is to acknowledge our fear and look deeply at its source. Instead of trying to escape from our fear, we can invite it up to our awareness and look at it clearly and deeply.” ~Thich Nhat Hanh

My daughter began taking tumbling classes a week before her eighth birthday. She had been dancing since the age of three, and those classes included instructions for cartwheels and roundoffs. The harder stuff, like the back walkover, required tumbling or gymnastics classes, and she wanted the chance to be able to show off those moves during the annual dance recital.

My wife wasn’t interested in watching our daughter repeatedly and blindly dive backward in a bendy arch, each time hoping her hands met the ground firmly enough to slow down the momentum of her trailing head and torso. But I was interested.

Her dancing wasn’t exciting to me at that point because the skills involved weren’t physically challenging yet. That would come later. But each back walkover was a potential catastrophe, and that made them fun to watch.

Tumbling classes aren’t cheap, and it was apparent to me that a single class a week was a slow way to acquire a skill. So we came to an agreement that we would try to spend at least a little time each day practicing things she was learning in class. This would be like quality father-daughter coaching time except I had no background in tumbling, coaching athletics, or not being an overbearing control freak. I would be the one doing most of the learning.

Obviously, there’s no technical challenge too complex that it cannot be mastered by watching two or three related YouTube videos by experts whose credentials you have not bothered to verify and are not qualified to assess.

That’s where my training began—with good intentions and numerous short videos of young girls in leotards plunging backward into smooth backbends while their lead legs fluttered up and over their bodies and their trailing legs followed seamlessly after in a graceful full-body hinge.

The cheaply produced clips became a source of embarrassment when my YouTube account synched with my work laptop. I remember stammering through an explanation to my students for the video recommendations that followed a TED Talk I had shown them on a classroom projector. They collectively grimaced.

Not being aware of any of the finer points of the movements only fueled my coaching confidence and my daughter was soon mastering bridge kickovers, then backbend kickovers, and then, a short time later, the back walkover. She would appear at her weekly class suddenly able to easily perform a skill that was out of reach the week before. I loved that.

Within months, I had assembled a trampoline in the yard without consulting my wife or daughter first.

The basement’s piles of assorted clutter were repositioned to make room for a large gymnastics tumbling mat. A smaller one was added later as some of the clutter was donated to area charities. A third would eventually stretch the combined mats the length of the room diagonally with the last section rising vertically against the far wall as a protective barrier against my daughter’s growing gymnastics awesomeness.

With the basement a de facto shrine to her hobby, I was emboldened to live vicariously through my only child’s growing list of technical accomplishments. Which I’m to understand is always completely healthy and never a problem…except when it is.

Mindful of Being Way Too Much

Relatively early in our collaboration, I treated my daughter to the sort of pep talk that makes eight-year-olds cry and not want to learn anything from you. It would not be the last.

She kept working with me though. Even if I occasionally barked at her about her attitude like a stereotypical high school football coach, she still wanted to practice and improve. That willingness to endure my nonsense quickly became important.

The back handspring was not conquered as easily as the previous dozen or so skills, and that was frustrating for the both of us. We tread water for months, her arms refusing to support the weight of her backward springing body, and she seemed to enjoy our practice time less than before. That was true for me as well.

It was great being a successful inexperienced, unqualified tumbling coach. The less successful version just felt painfully aware that he wasn’t experienced or qualified to know how to address a repetitive breakdown in form. Do I yell at her arms? Can you motivate an appendage like a drill sergeant? It was a mystery.

I cannot recall how many YouTube clips, message board recommendations, poorly described alignment changes, and conditioning drills I subjected her to over that time. It was too many and our shared frustration made me harder to be around. But I was confronting the reality of my coaching limitations one failed experiment after the other.

With hindsight, this was the most important period for our collaboration and my growth as her coach. Nothing was working, progress was invisible, and the only thing I could do was to behave in a way that encouraged her to continue.

Thankfully, my mindfulness practice was helping me develop my own skills. And those mindfulness skills would help me recognize the detrimental role fear was playing in my coaching.

Noticing the Fear of Failure Is a Win

Our time in the basement became a laboratory for my own mindfulness practice. Barely six months after beginning our collaboration, my daughter had lost faith in herself and the process. Just bringing my full presence to her in that atmosphere was a challenging spiritual exercise—especially when I assisted her with repetition after repetition of back handsprings and every part of me wanted to shout at her bending elbows for failing us both.

The first move for this practice was to go into the basement with the intention to practice mindfulness.

Yes, if you are a mindfulness maximalist like me you are usually trying to practice bringing a deeper level of attention to whatever you are doing. But more challenging situations can benefit from clearer intentions.

My next move was to deconstruct the reactions I was experiencing.

Those reactions consisted of mental images, mental talk, and emotional body sensations. Noticing the sensations that arise when I am frustrated gives me a handhold for dealing with the reaction skillfully.

The third move was to bring my attention to prominent sensations.

In those practices, thinking is a sensation, and I would try to get a clear sense of my inner chatter and visuals. Fixing a reactive sensation in attention while supporting your daughter’s lower back as she leaps backward is a bad idea, so I would consciously pause between repetitions.

The frustrated thoughts and emotions expressed by the body could be embarrassingly dramatic. I was occasionally angry at reality for not honoring my efforts. Did reality not understand how much time I had spent on YouTube?

Importantly, I didn’t dismiss or dispute the content of my thoughts. I practiced acceptance and non-engagement. The assumption here is that resisting your emotional resistance only creates more resistance, like trying to smother a brush fire with dried leaves.

That was my fourth move: to have equanimity with what I was feeling.

My fifth and final move was to recognize insight.

It is easy to dismiss some insights as common sense or something you should have already known about yourself. But that might lead to a missed opportunity to learn and grow, especially if you are already experiencing emotionally immature reactions in response to reality being mean to you.

The insight that emerged from my mindfulness practice during that period of stagnation was that I was afraid of failure.

I was maybe most afraid that I was teaching an eight-year-old hard work doesn’t always pay off, your best isn’t always good enough, and it isn’t always worth the time and effort to learn how to do hard things.

Those lessons aren’t entirely wrong, they’re just beside the point. My greatest fear should have been for her to no longer enjoy doing something she wants to do…because of me.

I knew from the season I ineptly YouTube coached her soccer team a couple years earlier that young children have an incredible ability to still enjoy the things well-meaning adults are accidentally making less fun. But this was different.

My fears weren’t just making me less effective as a coach; they were sending the message that our time together could only be enjoyable if she was making clear progress. I didn’t believe that and didn’t want her to believe it either. I committed to change my approach.

By the time the back handspring became another easy skill, coaching had become a deliberate practice of being present with my daughter. I would encourage her to explore her boundaries and to celebrate her efforts even when they did not represent visible progress.

Several years later, I still offer myself the same encouragement when my own practice of being present falls short of my expectations, as it often does. To be fully present for the other, even for a moment, we cannot habitually neglect to offer the same openness to our own difficult features. And fear can make those features particularly hard to view with compassion.

Each time we descend the stairs to the basement, we do so as different versions of ourselves. It is wise to be generous and assume the well-meaning tumbling coaches in all of us are trying their best. There is nothing broken in us that patience, consistency, and the right YouTube video cannot fix.

Michael Vastola, PhD, is a grateful dad and husband, writer, self-described “mindfulness maximalist,” and longtime educator who is fortunate to now offer individual coaching for mindfulness, emotional wellness, and personal growth. He particularly enjoys collaborating with clients who are undergoing difficult transitions or periods of stagnation filled with uncertainty and doubt. He has many years of personal experience exploring that terrain and is a curious and enthusiastic co-adventurer. Practicesforgrowth.com. 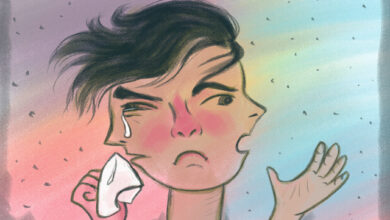 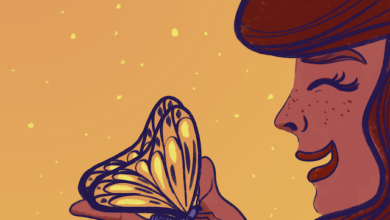 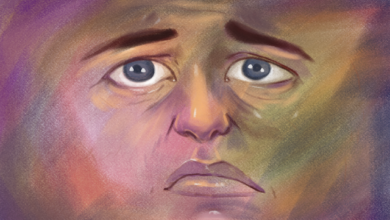 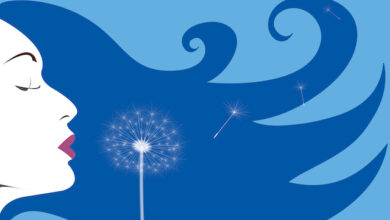