Following on from the recent record-breaking sales for retro games, including $2 million USD for a copy of Super Mario Bros. and $870K USD for The Legend of Zelda on NES — not to mention the unfolding drama surrounding the alleged fraud and speculative investors driving prices up — the ‘value’ of retro games has become a hotter topic than ever.

Our lovely Youtube team recently discussed the rising prices of retro games, and as enthusiasts it’s a subject that’s close to our hearts — and, unfortunately, our wallets. We’ve all got Watch lists filled with retro gaming treats we can’t quite justify pulling trigger on. Just recently Jon’s excellent video on The Frog For Whom The Bell Tolls prompted this writer (and several other NL staff members) to finally pony up for a copy via ebay. Prices are only going to go up, right? 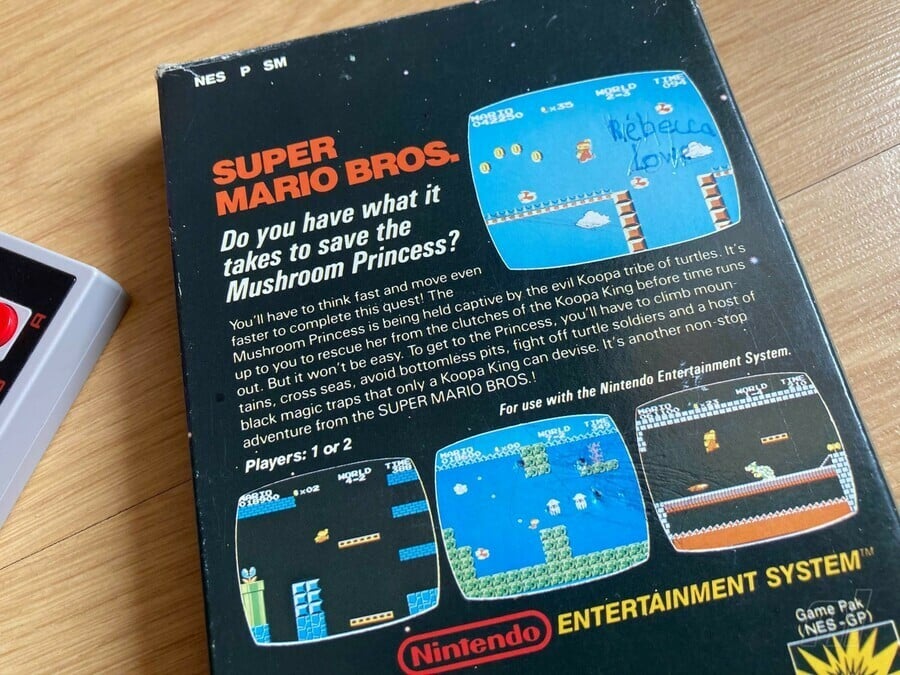 This writer’s personal copy of SMB formerly belonged to someone called Rebecca Lowe, who apparently wasn’t a fan of World 7-2

These days, we tend to think we’re doing well if we can pick up a nice clean boxed copy of a game for the price it might have originally sold for on store shelves, although that is often impossible for the most desirable games (curse Nintendo for sticking with fragile cardboard boxes for so long!). $2 million for a mint copy of one of the best-selling (and therefore most common) video games ever made is obviously ludicrous, but how much would you happily pay for a genuine mint and sealed copy of Super Mario Bros.?

To find out the general feeling on how much is reasonable to pay for a copy of a 35-year old game (nearly 36, in fact), let us know in the poll below. For argument’s sake, let’s say that you don’t already own the game half a dozen times in various digital and physical formats and that you’re simply interested in picking up a beautiful physical copy of one of video gaming’s greatest achievements.

Feel free to go into more detail in the comments (where you’re totally free to debate the potential value of a first print copy versus a later revision, and other such topics).

How to Hire a Contractor in 6 Easy Steps