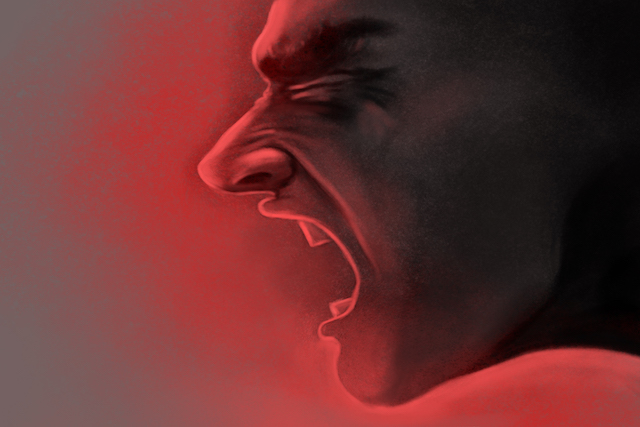 “If we are holding back from any part of our experience, if our heart shuts out any part of who we are and what we feel, we are fueling the fears and feelings of separation that sustain the trance of unworthiness.” ~Tara Brach

This morning I received a WhatsApp message, and I found myself immediately blown into a state of fury. On the surface the message didn’t seem inflammatory or dramatic; it was a simple request from another parent asking me to do something that wasn’t convenient for me. On the surface it didn’t seem like this message warranted such rage.

The anger exploded inside my body, and I immediately wanted to ring the person who had messaged me. I wanted to shout and scream at them. And I wanted to blame.

I didn’t ring them. I hate the anger, but what I hate more is conflict. To ring someone up and start throwing blame and anger at them would be deeply terrifying to me.

I also wanted to stomp and shout, “This isn’t fair! I hate you! Why are you so selfish?”

I didn’t do that either because I felt so silly having this reaction to a small, insignificant message. The flood of judgment was quick to come: “Why should I, a grown woman, get so ridiculously upset over a small social arrangement organized over text message? What kind of stupid person am I?”

Oh, how emotions can judge and belittle!

In the back of my mind, in a small but annoyingly reasonable voice, someone was saying, “You’re angry. Even if you want to shout at that person, it wouldn’t help. The anger isn’t about them really, is it? You know that about emotion, don’t you? Don’t you…?!”

The anger was so alive in my body, I would have loved to punch something, or scream, but I started pacing instead. I started ranting in a small, quiet, but persistent way, about how annoying and horrible this person was. I attempted to talk to my husband to get some relief from the pressure inside me, hoping he’d say, “Oh, they are awful! You’re right.”

But he was working. And to be honest, I should have been too.

But still, this anger that was in my body—so uncomfortable! So unpleasant! I find it so scary to have the energy in my body because to let it out feels so wildly dangerous. Yet to confine it inside me feels like a bull smashing a china shop to smithereens.

After a while I settled into myself and started actually doing what I know to do with anger—feel it and work with it instead of trying to remove it from my body by complaining or ranting. I stopped focusing on the situation that activated the anger and instead started to notice how it was playing out in my body.

What I know about anger, and all emotions, is that they are rarely caused by what’s happening in the present. The emotion is there before a situation activates it. If we don’t work to release it, it will be there after the situation, waiting for something else to activate it, on the off chance we’ll finally pay proper attention to it and release it in another way.

No one is making us angry. That’s not to say people don’t do hurtful things sometimes, but they are not to blame for the unprocessed emotion that was already there. Not even the person who sent me the text message that screamed to me of selfishness.

Emotions come up over and over, usually around the same frustrations and challenges in our lives. When we don’t know how to release an emotion, it gets stuck in our body and is activated again and again, because we don’t work deeply, at the very core, to release it.

Emotions often get activated where there are unmet needs. Because this feeling of anger has come up again and again over this same issue, I know that on the other side of my anger, something is waiting to be attended to. There is a need that I have that I am not acknowledging or expressing.

The anger was so physically uncomfortable that I stood up—I needed space to fidget and move around—and I tuned into the sensations in my body. I thought about how the anger was showing up.

It felt like there were a thousand fires in my chest. All raging with big intense energy. Underneath the fires, it felt like a bottomless pit of fear and sadness.

This was all so uncomfortable, so to help me stay with these sensations, to have the opportunity to work with this feeling, I started to hold myself and rub my arms. I gave myself a lot of tenderness, love, empathy, and comfort.

“I’m here for you,” I said to myself. “This is really tough, Di. I totally get how uncomfortable this anger is in your body. I get how hard this situation is for you, how it brings up such big, deep, old feelings.”

And as I was holding myself and giving myself love, the sensations started to shift. A little.

I put my hand on my heart and allowed myself to be with it all. The horror of the anger. The deep, nauseating sensations of fear.

Or we often blame and judge others: They made me upset! They irritated me! They scared me! We rant and complain. Or we suppress ourselves, ignore the emotions. Run far, far away from them.

The truth of it, though, is that the feelings just want to be felt. They want us to say, “I see you! I’ll stay with you.” Emotions want to just be allowed to show up in our bodies and to move through them, like clouds in the sky. This is the really tricky, painful, or scary part for most of us—learning to be with those sensations that emotions bring.

As I stayed with the feeling of anger and met it with love and patience instead of judgment, the intensity of it lessened.

I have learned that so often my anger is trying to give me the courage to say “no.”

It wasn’t about blaming another person; it wasn’t about forcing someone to do what I want or disagreeing with their requests. There was nothing I could do about anyone expressing themselves, and that’s okay. My anger just wants me to state in a clear, strong voice, “No thanks, that doesn’t work for me.”

My anger wanted me to be comfortable expressing what I wanted and needed. That’s what the anger was trying to help me do.

I saw, though, that the reason I didn’t just say what I wanted and needed was because underneath the anger there was fear—fear of saying what I needed.

I saw how much I wanted to say what I wanted, but how scary it felt in my body. But why would I feel scared about saying what I wanted? What I needed?

And that is why anger kept showing up in my life over and over again when I was asked to do things for people—because my default would be to agree and do whatever anyone asked of me. And anger wanted me to say instead “NO!”

Until I listened to the anger, until I started to say what I wanted, this anger around being asked to do things would keep going on repeat.

I saw that I needed to spend time tending to myself, working with my emotions, and helping myself become more comfortable with saying what I deeply, truly wanted to say.

To be all that I am in the midst of these emotions. Authentically me.

I checked in with my body again and felt the anger had subsided somewhat; the flames were small now, just a little pile of glowing embers. There was a small pool of sadness and fear still near the fire, and I walked over and sat with it.

In this admission of what I needed to do, the fear and sadness seemed to breathe a sigh of relief, and all at once the emotions eased out of my body. The fire was gone, the nausea and bottomless pits. All gone.

I sat with myself, put my hand on my heart, took a deep breath, and calmly and confidently replied to the message.

Diana Bird is a neuro emotional coach and writer, helping people release unhealthy emotional patterns and deep overwhelm. To receive her free workshop on building emotional resilience, sign up for her newsletter here. You’ll also receive invites to her free webinars on subjects like releasing shame and soothing overwhelm. Diana works with clients in her coaching practice and in online workshops and lives on the beach in southern Spain, with her children and photographer husband.

15 Things You Can’t Control and What You Can Control Instead (Free Printable!) 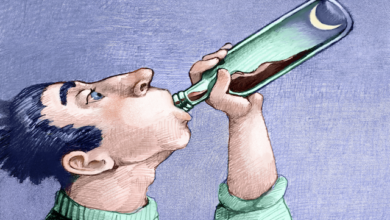 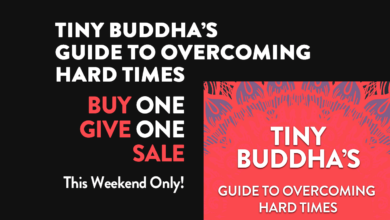 Hard Times eBook Sale: Buy One, Give One (This Weekend Only!) 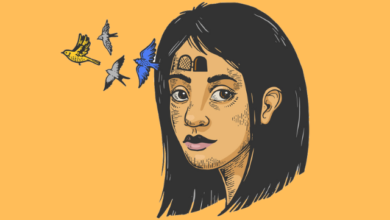 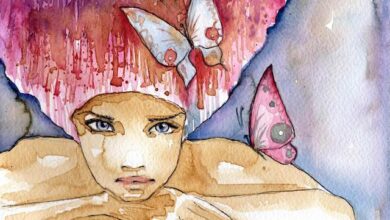