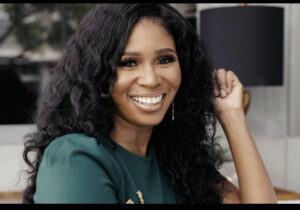 A Black millennial mother tells her story of how she went from being on government housing assistance to making seven figures.

Arnita Johnson-Hall is a mother of five who lives in Dallas. Less than 10 years ago, she was a single mom receiving government assistance from the Section 8 housing program, she told Business Insider.

“I ended up on Section 8 because I had a low income and was having a hard time paying my bills. I was employed, but I was living below the poverty line, which qualified me for government assistance,” Johnson-Hall said.

Johnson-Hall graduated from high school with a 700 credit score but says she lacked understanding of how credit works, and her score quickly dropped. Then, she was rejected from a job because of her credit score.

After the reality of real-life set in, Johnson-Hall decided she needed to invest in educating herself on credit. She says she spent hours inside the library learning how credit works. And then launched her own credit-repair company as a side hustle. She spent $500 to launch the business. But her business never managed to get off the ground, bringing in only $12,000 over a five-year period.

Johnson-Hall says her life spiraled after losing her full-time job, and she was forced to go on government assistance.

“After almost losing my life to a domestic violence incident with an ex-boyfriend, I was moved to a roach-infested, high-crime, government-assisted housing. I was a mom and wanted a better life for my daughter. That’s when I made a vow to myself to become financially independent,” she added.

How She Turned it Around

She set a goal to get off government assistance and started seeing her business as a path to becoming financially self-sufficient.

Johnson-Hall tried rebranding and relaunching her credit business. She began budgeting to put more money toward growing her business. She cut down expenses. She started attending networking events and conferences to meet people who were successful entrepreneurs and potential clients.

“I started reading more; books were my coaches when I couldn’t afford to hire a coach,” she said. Johnson-Hall implemented what she learned, got off government assistance, and AMB Credit Consultants hit the six-figure mark in 2013.

Fast forward, and Johnson-Hall’s business has generated a million for the first time.

She told Business Insider she now plans to invest in other ventures to build her wealth.