A Nashville couple’s lawsuit over taxes they paid on unclaimed and unsold Tezos staking rewards is coming to an end with the Internal Revenue Service (IRS) agreeing to issue them a refund.

The decision may set a precedent for future guidance on how crypto rewards earned through staking are taxed. At present Proof-of-Stake staking rewards are classified as income, with tax payable as they are gained. The new development suggests they should be only taxed when they are sold for USD.

The Jarretts filed a complaint against the United States government in May 2021 which stated that the 8,876 Tezos (XTZ) tokens they created in 2019 were not income and should not have been taxed as such. The complaint also claimed that the government was attempting to do something “unprecedented, which is tax creative activity rather than income.”

“Taxing newly created cakes, books, or tokens as income would have far-reaching and detrimental effects on taxpayers and the U.S. economy, and is without support in the Internal Revenue Code, regulations, caselaw, or the Constitution.”

According to court filings expected to be made public on Thursday the IRS declared it would follow through with the Jarretts’ request to refund with ”statutory interest as provided by the law” the $3,793 that the Jarretts paid for their unclaimed rewards last year.

As of yet, guidance on how to tax unclaimed staking rewards is lacking. The IRS asks taxpayers whether they have “received, sold, exchanged, or otherwise disposed of any financial interest in any virtual currency”, but none of those descriptors seem to pertain directly to the Jarretts’ unsold and unclaimed rewards.

Forbes reported that sources close to the matter say the couple plans to pursue the case further in court to obtain longer-term protection and set a nationwide precedent. American taxpayers are likely praying that no legislative response to this court outcome resembles the U.K. regulator’s new guidance on crypto staking. There, staking crypto will often be considered as the sale of tokens and will incur capital gains tax.

Get Away on a Canine Caribbean Vacation – Dogster 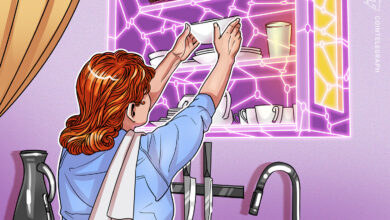