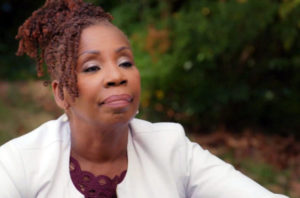 Iyanla Vanzant opened up about the death threats that led to her ending her hit OWN network reality TV series Iyanla Fix My Life.

Vanzant has made a career as a best-selling author, inspirational speaker, life coach, and television personality. She seamlessly combined all of her talents in each episode of her eight-season show.

“I’m very sensitive to energy,” Vanzant said during a recent appearance on The Tamron Hall Show. “Because you go into people’s homes [on the show], you’re in their bathroom, you’re in their kitchen, and then they think they know you and they think they have a right to say certain things because we’re not clear and conscious of the energy we send out.

Her sessions were often grueling and challenging as she worked to unravel the traumas and triggers that kept many of her clients in bondage. But despite her efforts, there were still many people who took issue with Vanzant’s form of helping others heal and found ways to attack her online.

Vanzant believes social media gave strangers too much access to the Peace From Broken Pieces author. When she wasn’t receiving death threats, some were bold enough to contact Iyanla by phone and ask for advice.

“People would come to my home, you know, because with the internet, they can find you anywhere. They would call me, ‘I know you don’t know me, but I need help.’ Wait a minute, hold up! I have so many vehicles and avenues where I serve people,” Vanzant said.

“I’m on social media, I have classes, I teach. You don’t get to call me on my private phone at two o’clock in the morning. So I just wanted to be free of that. That was more important to me.”

In March, it was announced that OWN’s award-winning hit unscripted series Iyanla Fix My Life was ending after 10 years, eight seasons, and nearly 150 episodes, Deadline reports.