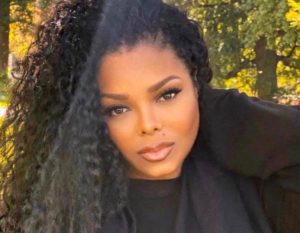 It’s been almost 40 years since Janet Jackson gifted us with her first studio album, and she has teased a new documentary to celebrate and mark the milestone.

On Monday, the Rhythm Nation artist took to Instagram to release a trailer of her upcoming four-hour documentary Janet, which will make its debut in January 2022 in celebration of the 40th anniversary of her first album, Janet Jackson.

“Hey u guys. Excited to share the first teaser of my new documentary with u. ? #JanetDoc“

The documentary will air over two nights in January 2022 on the Lifetime channel and A&E to celebrate the 40th anniversary of her debut album, Janet Jackson.

According to Variety, Jackson’s first album, a self-titled project, Janet Jackson, was released in 1982 when she was only 16. “This is my story told by me, not through someone else’s eyes. This is the truth. Take it or leave it, love it or hate it. This is me,” Jackson says in the trailer for the documentary.

The four-hour documentary, which was over five years in the making, follows Jackson as the Jackson family is going through the loss of the man who groomed them all for the music and entertainment business, their father, Joseph “Joe” Jackson, who passed away in 2018. The documentary also reveals select footage and detailed accounts of some of Jackson’s biggest moments throughout her storied career, including the controversial 2004 Super Bowl appearance with Justin Timberlake (formerly of the boy band group, Nsync).

It will certainly be interesting to hear her thoughts on the Super Bowl debacle.