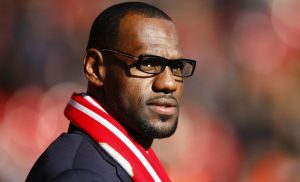 The 2021 Summer Olympics has already been an interesting affair before the first week has finished.

From Olympian gymnast Simone Biles becoming the first female athlete with her own Twitter hashtag and emoji, to tennis professional Naomi Osaka facing harsh criticism because she is playing for Japan in the Summer Olympics, there have been many ups and downs.

Now, the once-almighty USA Basketball team is facing criticism because it went a lackluster 2-2 in the preliminary rounds of the Olympics and then lost the first game that counts to France–which was considered a no-no in the “old days” of Olympic competition. People are definitely wondering what is up with Team USA. For a nation that went undefeated every year in Olympic competition after National Basketball Association (NBA) players were allowed to compete–save for 2004–the world has caught up, talent-wise.

Well, according to The Blaze sportswriter Jason Whitlock, the misfiring of Team USA falls on recent billionaire and Los Angeles Lakers basketball player, LeBron James. Whitlock feels as if the modern-day athlete doesn’t care about America, that they “act like they hate” our country.

In his words, “Indifference defines these Olympics.”

“It’s not all LeBron’s fault,” Whitlock wrote. “He’s just the face of the me-first, social media athlete. He decided to wrap himself in the Black Lives Matter flag. He gets the lion’s share of the blame because he’s the one athlete who could have made a difference pushing back against the anti-American tide. Instead, he sold out. He accepted all the checks for lending his name to bad TV projects and political campaigns built on race-baiting.

“He’ll be a billionaire soon. But his legacy will always be polarizing and less than what it should be. His disingenuousness has harmed his likability. His Space Jam movie isn’t half-bad. No one cares. It’s a box office disaster. LeBron sacrificed half of his domestic appeal to serve Nike’s China interest.”

Keep in mind, James–along with stars James Harden and Stephen Curry–are not participating in this year’s Olympics