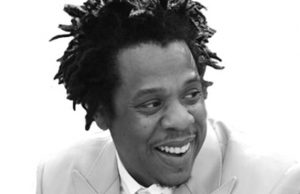 With next year’s Grammy nominations publicly known, it has been revealed that two records have been made.

In an announcement by The Recording Academy, Jay-Z, who currently has 23 Grammys, has been nominated for three more, making it a total of 83 nominations for the billionaire Hip-Hop artist. Beyonce, who is already the female artist with the most Grammy, wins at 28 with nominations totaling 79. That, combined with her husband’s total, equates the two of them becoming the most-nominated couple in the history of the Grammys.

The Huffington Post reported that the “Big Pimpin’” emcee received three nominations for next year’s presentation. He was nominated for Best Rap Song for the DMX song “Bath Salts” and “Jail.” His featured verse landed on Kanye West’s album “Donda,” which gets him a nomination for the Album of the Year category.

Jay-Z was recently inducted into the Rock & Roll Hall of Fame last month. Former President of the United States Barack Obama acknowledged the honor and sent Jigga a personal message.

“I’ve turned to Jay-Z’s words at different points in my life, whether I was brushing dirt off my shoulder on the campaign trail, or sampling his lyrics on the Edmund Pettus Bridge on the 50th anniversary of the Selma march to Montgomery,” Obama said in a taped video message.

“Today, Jay-Z is one of the most renowned artists in history and an embodiment of the American dream, a dream he has helped make real for other young people like him.”