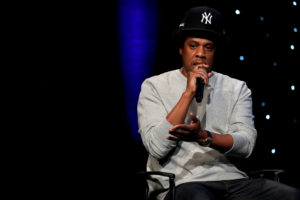 Fanatics is now valued at $18 billion. A recent fundraising round for the sports merchandising company garnered $325 million and caused a valuation upswing. Rapper and business mogul Jay-Z and Roc Nation were a part of the company’s financial development.

Fanatics is a Florida-based e-commerce company and the brainchild of Michael Rubin. The company is looking to expand its offerings, reported CNBC. Due to its intention to diversify, the company is undergoing a hiring spree to find new executives.

Though Jay-Z is not reported to be one of the new executives, his investment in Fanatics is another pot the entertainment icon has added to his financial fire.

Last February, Moet Hennessy, the wine and spirits division of LVMH, purchased a 50% stake in his champagne brand, Armand de Brignac. In March, the fintech platform Square purchased Jay-Z’s Tidal music service for $297 million in cash and stock; Square is owned by Jack Dorsey. Dorsey is also the co-founder of Twitter.

Jay-Z has not only invested in well-known blockbuster companies. His investment portfolio includes a cannabis company owned by a Black woman, Josephine and Billie’s. The cannabis speakeasy was created so that Black entrepreneurs can enjoy the profits of the mostly white cannabis business.

He is also into cryptocurrency and has purchased tokens from Sensorium.

With his ties to Fanatics, Jay-Z is also getting into what many believe to be the future of most business industries. Fanatics plans to explore the world of sports gambling, sports ticketing, and the NFT (non-fungible token) arenas through digital platforms.

According to its latest report, Fanatics is on track to bring in $3.4 billion in revenue this year. Between its core business, sports apparel and memorabilia, its Candy Digital NFT company, and its future endeavors, Jay-Z and other investors can likely expect a very handsome outcome.

Life Is Strange: Remastered Collection Delayed To 2022 To Alleviate Additional Pressure On The Team