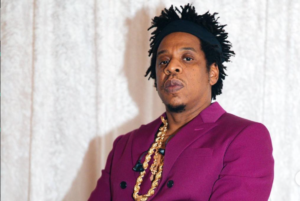 Jay-Z was forced to clean up his cousin’s mess after Briant Biggs got caught scamming one of Hova’s Roc Nation investors.

Just ahead of Jay’s 52nd birthday that he celebrated on Saturday, the billionaire hip-hop mogul settled a lawsuit involving Roc Nation’s video game subsidiary, Unanimous Games, according to documents obtained by All Hip Hop. The case stems from the $250,000 Blueprint Capital invested into Roc Nation’s gaming subsidiary in 2018.

The investment firm hoped to bridge the gap between eSports and the entertainment business. Blueprint’s CEO Ryan Collision felt safe with the business deal after being promised to be repaid with interest by March 2021, NY Daily News reports.

Jay’s cousin also told Blueprint that big-name rappers like Yo Gotti and Meek Mill were included in the gaming platform and would help bring in a $1.5 million raise for Unanimous Games. But that never happened.

Collision gave Biggs more time to pay him back and asked for tax returns and other financials from the video game company, but Unanimous Games never responded. In July of 2021, Biggs allegedly told a Blueprint representative that Unanimous Games would be receiving a $5 million investment, and he would pay them back.

It wasn’t until Biggs provided the investment firm with financial records a few weeks later that they learned Biggs had paid himself tens of thousands of dollars from Unanimous Games in 2019 and 2020.

“Notably, Unanimous Games did not provide any tax returns, income statements, general ledgers, profit and loss statements, or any documents relating to the alleged $5,000,000.00 investment,” the lawsuit said.

The documents also allegedly revealed that Unanimous Games did not reach an agreement with Roc Nation for the gaming company until months after the first meeting with Blueprint. Roc Nation retained the rights to the rappers who would appear on the video game platform despite Biggs telling Blueprint otherwise, the suit states.

But in a few short months, the lawsuit has been handled. According to the Stipulation of Discontinuance, Blueprint dismissed the lawsuit against Roc Nation without prejudice, and the investment company reserves the right to refile the suit should the settlement not be resolved in a timely manner.