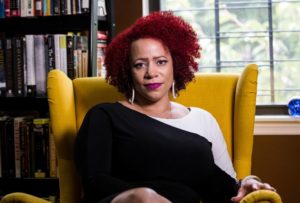 Journalist and scholar Nikole Hannah-Jones is starting an after-school program to help Black children with literacy.

Hannah-Jones announced the creation of her school, the “1619 Freedom School,” which will be located in her hometown of Waterloo, Iowa.

“It’s not enough to succeed if your community is struggling. You have to try to pull people up with you. I am so proud to announce the launch of the 1619 Freedom School in my hometown of Waterloo, Iowa, labeled in 2018 the worst place in the U.S. to be Black,” she said.

“I used many lessons learned from years of reporting on segregated, high-poverty schools to found the 1619 Freedom School, a free, after-school program that infuses intensive literacy instruction with a Black history curriculum.

On her site, Hannah Jones explains, “1619,” the year the first enslaved Africans were sold into the English colonies that in 1776 would form the United States, marks the birth of Black America. “Freedom School” evokes the legacy of the free, community schools launched by SNCC during the civil rights movement to educate Black youth on their history and empower them to fight their oppression to achieve social, political, and economic equality in the United States.

The school’s motto will be “Liberation Through Literacy,” Hannah-Jones said.

According to the school’s website, the program will be free and run five days a week. The school will incorporate intensive literacy instruction and a culturally responsive curriculum to bridge the academic opportunity gap among low-income public school students in Waterloo, Iowa.

It will serve primarily fourth-grade students from Walter Cunningham Elementary, the city’s highest-poverty, and most-segregated school.

Hannah-Jones also has written extensively about school resegregation across the country and chronicled the decades-long failure of the federal government to enforce the landmark 1968 Fair Housing Act.

Man Who Fired at Cops During Protests After George Floyd's Death, Acquitted Of Attempted Murder

21 Side Jobs for Women That Will Bring in Extra Cash