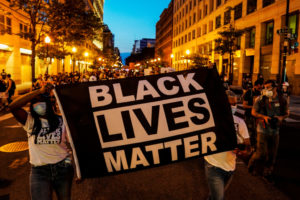 U.S. District Judge Mark Walker, ruling in a lawsuit brought by civil rights groups, did not rule the entire statute was unconstitutional but found that the Florida legislature’s new definition of the word “riot” was too vague and confusing to satisfy free-speech rights guaranteed under the First Amendment.

“If this court does not enjoin the statute’s enforcement, the lawless actions of a few rogue individuals could effectively criminalize the protected speech of hundreds, if not thousands, of law-abiding Floridians,” he wrote.

In the 90-page ruling, Walker, who was appointed in 2012 by then-President Barack Obama, included a three-page history of the civil rights movement in Florida dating back to 1956.

A spokeswoman for DeSantis, a Republican considered a likely future candidate for president, said the governor would comment on Walker’s ruling later on Thursday.

“We are holding those who incite violence in our communities accountable, supporting our law enforcement officers who risk their lives every day to keep us safe and protecting Floridians from the chaos of mob violence,” DeSantis said after signing the law in April.

The law, prompted by last year’s summer of nation and worldwide protests over police brutality and racism and social equity created criminal offenses tied to rioting and increased penalties for people taking part.

Last summer, Florida was hit with a bevy of Black Lives Matter protests including one in which a cop struck a Black protestor on her knees.

“We are glad the court has agreed to suspend enforcement of this key provision while we continue to advocate to ensure that protesters in Florida can safely exercise their right to speak out against injustice,” the ACLU of Florida said.

Hoaxes, myths and conspiracies: How the internet distorted 9/11