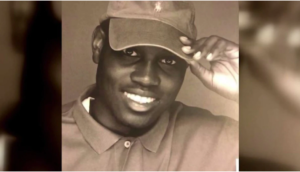 An error on the Glynn County Courthouse website has allowed potential jurors in the pending Ahmaud Arbery trial access to information which had previously been deemed inadmissible in court.

The information includes Arbery’s mental health records, which had been ruled inadmissible by Superior Court Judge Timothy Walmsley, the Associated Press said earlier this month. However as the hundreds of potential jurors began logging into the courthouse’s website to confirm the time and day they need to appear for the selection process, they were able to access all motions which have been filed in the case.

Viewing the information would disqualify any potential member of the jury, as it includes both admitted and dismissed evidence submitted to the court since May 11, 2020. Glynn County tells VICE News they are aware of the error and currently working to find a solution.

“Prominently displaying that information and it being accessible to jurors with just a click of a button, I would say is problematic,” law professor Suparna Malempati told VICE. “When potential jurors have information that may or may not be admitted in the courtroom, the jurors may be influenced.’”

The three men’s defense team had requested to enter Arbery’s criminal record to justify the McMichaels’ decision to confront Arbery, who they thought was connected to some break-ins in the area. They also requested the use of his mental health records to speak to his state of mind on the day he was killed.

However, Judge Walmsley denied the motion, emphasizing that Bryan and the McMichaels are the ones on trial, not Arbery.

Former Atlanta district attorney Melissa Redmon, tells VICE that as problematic as it might be that these pre-trial motions remain available online, she doesn’t anticipate it to disrupt the juror selection process.

“You will still have to show that they actually accessed the information and that the defendants were prejudiced by it,” Redmon said. “You have to have the juror say that ‘I accessed information. I read it, and I considered it in my deliberations.’”

With an unprecedented 1000 potential jurors being vetted, a clear start date for the actual trial has not been set yet.