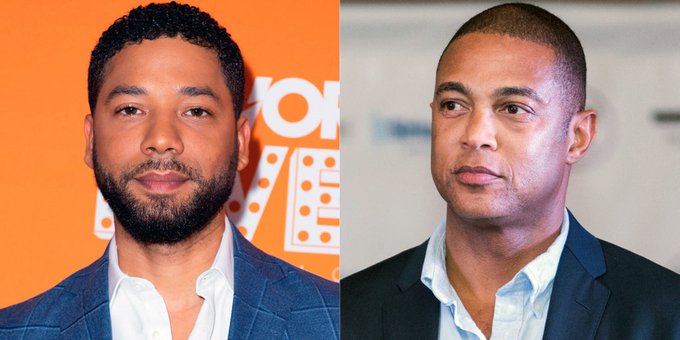 
In the ongoing court case of Jussie Smollett, the Empire actor testified Monday that CNN’s Don Lemon texted him that Chicago police officers were skeptical about his story of him being assaulted one night in Chicago.

According to Fox News, Smollett, who is on trial and accused of staging a physical attack against himself in January 2019, revealed that in court testimony that Lemon had tipped him off about the investigation. Smollett told police officers he was assaulted by two masked men who yelled racial epithets and homophobic slurs at him before placing a noose around his neck and pouring liquid on him.

Skeptical of his version of the incident, prosecutors have charged Smollett with six counts of disorderly conduct and is being accused of lying to the police officers about incident. They believe the actor paid the brothers $3,500 to stage the attack, which Smollett has refuted.

Lemon is catching heat for not mentioning his role in Smollett’s trial when he reported on the case on his show late Monday. As Lemon discussed the trial with reporter Omar Jiminez, there was no mention by either reporter about what the Empire actor said in court earlier in the day.

At 10-to-midnight, @DonLemon and @OmarJimenez finally discuss the Jussie Smollett trial. But neither “journalist” mentioned how Smollett testified under oath that Lemon tipped him off to police skepticism of his hoax claims. The whole segment lasted 5 minutes and 7 seconds. pic.twitter.com/fNpgiY9o3J

Smollett faces a prison sentence of up to three years, but experts are predicting that if Smollett is found guilty he will likely be placed on probation and ordered to perform community service.

The damage may have already been done. The controversy surrounding the attack effectively ended Smollett’s run on Empire.

India to set maximum penalty for violating crypto norms at fine of $2.7 million or 1.5 years in jail

Andre Douglas Has Been Selected For NASA's 2021 Astronaut Class