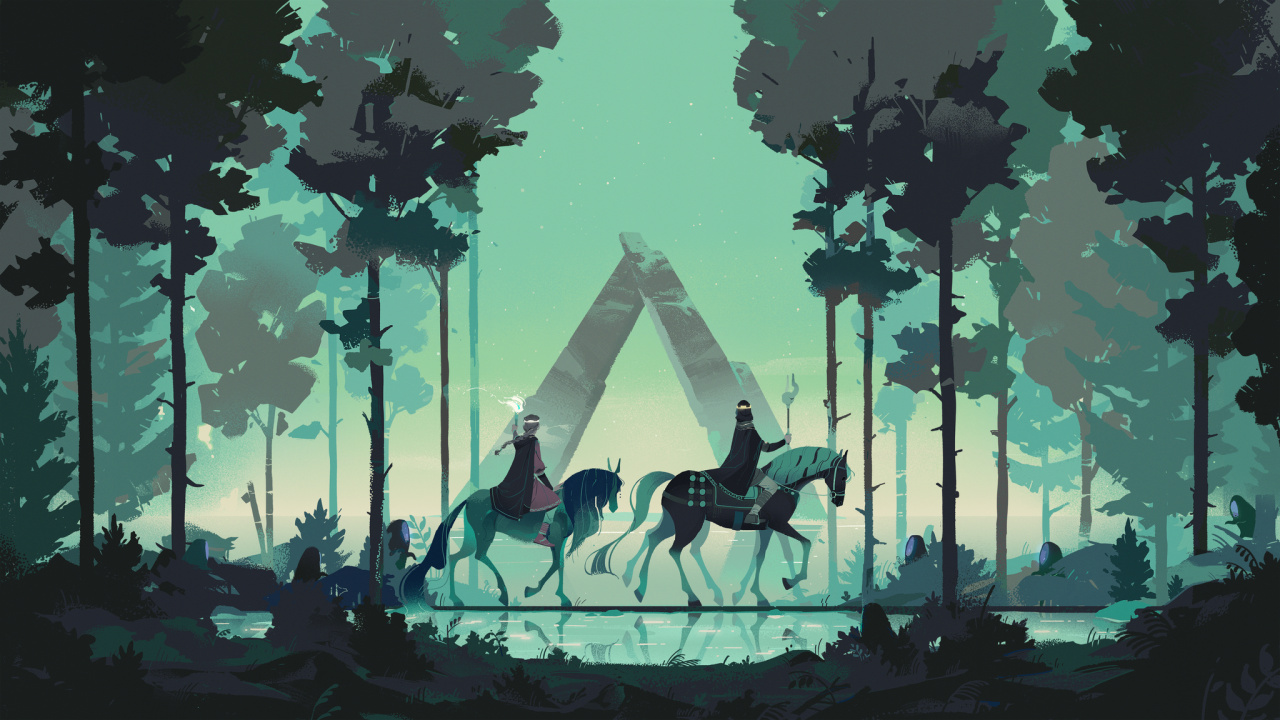 Kingdom Two Crowns is a rather good resource management / strategy game on Switch, and since its release in late 2018 it’s had a few enjoyable free updates to keep things fresh. Publisher Raw Fury has now confirmed that its first ‘premium DLC’ will arrive on 16th November, titled Norse Lands. Though the trailer doesn’t actually show the Switch logo, it’s been confirmed in the press release and on social media that Switch is included in the update and DLC.

This DLC (which isn’t yet priced at time of writing) will offer a new campaign and plenty of content, according to the official pitch.

With Norse Lands, the award-winning Kingdom Two Crowns world vastly grows in scope. A new sixth land to explore, pets to tame, along with many updates to gameplay, both big and small. Notable additions offered in this premium DLC include:

– Norse Rulers: Sit atop mighty Norse steeds and wield the powers of the Norse gods themselves. Viking-influenced rulers offer a whole new way for players to explore, build, defend and conquer the lands of the ice and snow.
– Norse Citizen Jobs: best exemplified by the powerful Berserker, an exceptional warrior, the citizens of Norse Lands will defend their Kingdom and defeat the Greed at all costs with a shield in hand.
– All Citizens Defend: in accordance with the Norse warrior culture, the citizens of Norse Lands stand at the ready to protect the realm against looming threats. Whether a Peasant, Vanguard, Farmer, Archer, or Builder, they will defend their land or go to Valhalla trying!
– The Harsh North: all-new weather effects are sure to make players feel both the beauty and the unrelenting nature of Norse Lands to their very bones. And when cold winter sets in, rulers need to consider their strategies for survival wisely.
– Greed: A whole new breed of Greed to defend against…

16th November will also bring a free patch for all players, the ‘Conquest’ update. They’re changes based on user feedback:

There is the new Citizen House that can be built on the ruins of a vagrant camp that gives you a ready supply of new citizens – at a cost of coin. The townspeople received coaching to address some of their annoying habits. As a result, they are now better at their jobs. Battle also sees refinements, including the pace of enemy waves, unit balance, decay, and this is just to name a few.

Let us know if you’re a fan of Kingdom Two Crowns – are you tempted to pick up the Norse Lands DLC?

Frustrated Job Seeker Vents On LinkedIn, Viral Post Has Companies Lined Up In Her Inbox