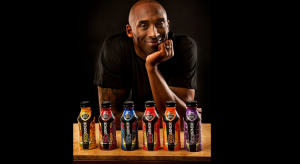 Investments made by the late great Kobe Bryant are adding to the generational wealth he passed down to his family.

On Monday, Coca-Cola announced the  $5.6 billion purchase for the outstanding 85% stake in BodyArmor. The beverage giant had initially acquired only 15% back in 2018.

But when making their announcement to own the full rights to the sports drink brand, Coke made the announcement at 8:24 am, a time many sports fans use to honor the two numbers Kobe wore during his time playing in the NBA.

The sale of BodyArmor put millions into the pockets of the company’s early investors including Kobe Bryant. Bryant’s estate has reportedly gotten $400 million dollars richer, The Wall Street Journal reports.

It’s also the largest single purchase Coke has made to acquire a brand. At the time of Coke’s initial investment in BodyArmor in 2018, Kobe was the company’s third-largest shareholder after investing in March 2014, for 10% of the company, as noted by ESPN.

“If it wasn’t for Kobe Bryant’s vision and belief, BodyArmor would not have been able to achieve the success we had,” Repole said.

Repole is also the mastermind behind Vitaminwater, Smartwater and Energy Brands, all of which are now owned by Coca-Cola. Repole and BodyArmor President Brent Hastie will also maintain roles within the company to help Bodyarmor with its business goal to overtake Gatorade.

Kobe invested in BodyArmor ahead of other professional athletes like NBA’s James Harden, MLB’s Mike Trout, the NFL’s Rob Gronkowski and the WNBA’s Skylar Diggins-Smith.

“After I spoke to [Chairman and CEO James Quincey], I asked him if I could be chairman of the board. I think he muted me after that,” Repole said. “But I wasn’t afraid to ask, so I’m going to try my best to get on the board.”