Update: Well, that was unexpected. Castlevania: Grimoire of Souls was announced in 2018 (see story below), soft-launched in Canada in 2019 and then delisted, but it’s now getting resurrected (pardon the pun) on Apple Arcade (thanks, Gematsu). It has been confirmed for iOS, tvOS, and Mac, and the release date is listed as ‘soon’. You can check out the official site here.

So, it’s still not coming to consoles, but at least some of us will get the chance to play what is, at the time of writing, the last game in the Castlevania series.

Original Story [Tue 17th Apr, 2018 11:25 BST]: Castlevania is one of Konami’s most famous and beloved franchises, and will be dear to any seasoned Nintendo player; games like Castlevania III: Dracula’s Curse, Super Castlevania IV and Castlevania: Aria of Sorrow are incredible video games, and the series has enjoyed an especially fruitful association with Nintendo during its long history.

However, following the disappointing critical reaction to Castlevania: Lords of Shadow 2, Konami placed the series in stasis – until now, that is. Yes, we’re getting a new Castlevania game – but before you get too excited, it’s only coming to Apple’s iOS.

Castlevania: Grimoire of Souls is set in a future where “Count Dracula has been completely destroyed”, but “a single letter delivered to Genya Arikado… put an end to that peaceful era”. The words “The Grimoire has run wild and Count Dracula will be resurrected” are written inside, triggering a quest to discover the author and solve the mystery. 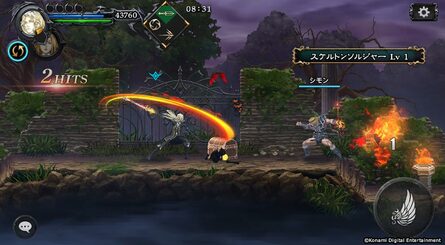 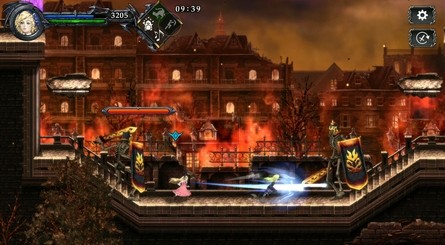 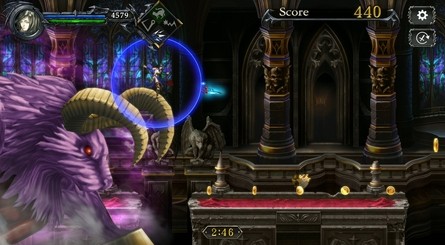 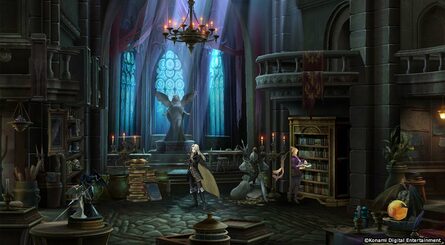 As well as Arikado, who previously appeared in Aria of Sorrow and Dawn of Sorrow, the game features fan favourites such as Alucard, Simon Belmont and Maria Renard, and will have a focus on four-player co-op and competitive play. It appears to adopt the same side-scrolling gameplay seen in Symphony of the Night and the GBA and DS trilogies, but with 2.5D visuals instead of hand-drawn 2D. Classic tracks from the series will be included, and you’ll also be able to bring the dead back to life using special powers.

We have to admit it all looks pretty decent – especially for a smartphone game – and given the high volume of mobile titles arriving on Switch, there’s a chance this could be adapted for Nintendo’s system in the future. In the meantime however, we can’t help but feel a little disappointed that Konami isn’t focusing on making this a AAA console release; the series certainly deserves that much.

You can sign up on the game’s official page to be notified when it launches in Japan; there’s no solid release date as yet.

Random: This Absolute Unit Of A Game Boy Advance Was Made By The Creator Of 'Long Game Boy'