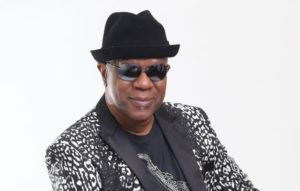 Dennis “Dee Tee” Thomas, a saxophonist and co-founder of the group Kool & the Gang, has reportedly died. He was 70.

A spokesperson for Kool & the Gang announced Thomas’ death Saturday afternoon. The statement noted that Thomas “passed peacefully in his sleep” in New Jersey.

The saxophone player’s last appearance with the band was on July Fourth. The group performed at the sold-out Hollywood Bowl in Los Angeles, the LA Times reported.

“An original member of Kool & the Gang, Dennis was known as the quintessential cool cat in the group, loved for his hip clothes and hats, and his laid-back demeanor,” the statement read. “A huge personality while also an extremely private person, Dennis was the alto saxophone player, flutist, percussionist as well as master of ceremonies at the band’s shows.”

The statement continues, “Dennis’ prologue featured on the group’s 1971 hit, ‘Who’s Gonna Take the Weight’ is legendary and an example of his showmanship. Dee Tee was the group’s wardrobe stylist who made sure they always looked fresh. In the band’s early days, Dennis also served as the ‘budget hawk,’ carrying the group’s earnings in a paper bag in the bell of his horn.”

In 1964, seven teenagers came together to leave their mark on the music industry. Brothers Ronald “Khalis” Bell and Robert “Kool” Bell teamed up with Dennis Thomas, George Brown, Ricky Westfield, Spike Mickens, and Charles Smith to lay the foundation for the funk, soul, and R&B styles that fans love today.

The New Jersey Band started as the Jazziacs before they settled on the Kool & the Gang moniker. In 1969, the band released their self-titled debut album.

The band is known for top singles like “Cherish”, “Celebration”, and “Get Down On It”. The soul-funk band has earned two Grammy Awards. The band has also received seven American Music Awards.