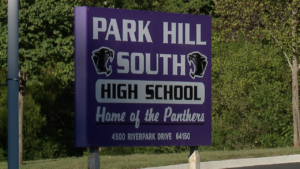 A new lawsuit aims to defend the group of high school students that created a petition to ‘reinstate slavery.’

Kansas City.com reports that the students, who were disciplined for the petition, have filed a suit claiming it was “friendly banter” and not the racial harassment as portrayed in public, Kansas City.com reports. The lawsuit was filed by parents of the students who accused the Park Hill School District, its board of education, and district officials of violating the students’ civil rights by disciplining them for the incident.

One student was expelled when news of the petition broke, while three others were suspended for 180 days. The suit claims the petition was initially created as a joke between a biracial student of Black and Brazilian descent (Plaintiff A) and another Black student (Plaintiff B) who both played on the football team and were en route to an away game.

The students were reportedly talking about slavery and needing a job when Plaintiff A drafted a change.org petition that he showed to other students on the bus before posting it online, KSHB reports.

Attorney Arthur Benson, who is representing the four students in the suit, claims the school district has a history of racial incidents, which is why they responded so harshly to the petition.

“The expulsion and long-term suspensions imposed on Plaintiffs were imposed for purposes unrelated to the need of Defendants to maintain good order and a functioning educational environment in Park Hill schools, but were instead imposed for the personal or political needs of Defendants to appear publicly to impose harsh punishment on students who had purportedly circulated “racist statements,” Benson wrote in the suit.

The suit seeks to have the four freshmen students return to school and have their school records relating to the incident expunged. The families are also seeking award damages and attorneys’ fees.

“The suit shares that we expelled one student and suspended three others for 180 days. We will be able to share further details when we respond to this lawsuit in court.”