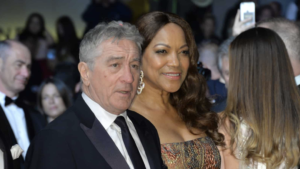 Actor Robert De Niro will get to keep his $500 million bag amid his divorce from his estranged wife, Grace Hightower.

A Manhattan court ruled in favor of the Goodfellas actor. Hightower sought half of the $500 million fortune earned from his career and business ventures.

The 78-year-old mogul does have to buy his soon-to-be ex-wife a new crib with a value of up to $6 million. De Niro also has to pay Hightower $1 million annually– unless she remarries or one of them passes away.

“The husband’s income earned during the marriage and other business assets acquired during that time are his separate property,” said the court in its ruling.

De Niro amassed his wealth by being in the entertainment industry for half a century, and he also has stakes in bougie eateries like Nobu and Tribeca Bar and Grill. He also has part ownership of the Greenwich Hotel in downtown New York.

The former lovebirds were married for 24 years and had two children from the union. They separated in 2018.

De Niro hired high-powered attorney Caroline Krause to handle the divorce proceedings. The lawyer sounded off about her client’s rigorous work habits because of his estranged wife’s penchant for the luxurious life.

She told the judge about Hightower’s spending behavior, “Mr. De Niro is 77 years old, and while he loves his craft, he should not be forced to work at this prodigious pace because he has to. When does that stop? When does he get the opportunity to not take every project that comes along and not work six-day weeks, 12-hour days so he can keep pace with Ms. Hightower’s thirst for Stella McCartney?”

A report from 2017 detailed the couple’s split was about more than money. De Niro and Hightower shared drastically different political views, according to an inside source. The Godfather actor is a Democrat, and Hightower is a staunch Republican.

The plug also divulged that his wife was a bit of a tyrant, saying, ”She busted his balls and controlled his finances and film production company, and had all kinds of rules he couldn’t live by. Grace micromanaged him to death, and he deserves a medal for sticking it out so long.”

“‪With both their names on so many charitable projects, she wanted him to look respectable in the public eye, and that meant shaving regularly and getting a proper haircut [he loves to go native] and not hanging out with pals like Marty [Scorsese], Leo [DiCaprio], Harvey [Keitel], and Keith [Richards].”

Now the couple is moving on to bigger and better things– solo. We wish them the best.