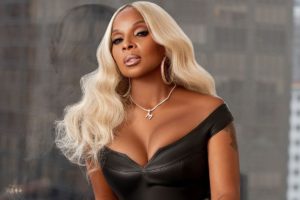 Hip-hop soul diva Mary J. Blige, fresh off the release of her Amazon Studios’ documentary feature, Mary J. Blige’s My Life, has invested in an initiative with other popular figures to support minority- and women-owned businesses.

ReserveBar has announced the Spirited Change Initiative (SCI), which will provide consumer and trade exposure to minority- and women-owned brands and businesses in the beverage alcohol industry. ReserveBar is committing over $5 million from now through 2024 to SCI.

“Investing in ReserveBar’s Spirited Change Initiative was an easy decision for me,” said Blige in a written statement. “When I was first creating my wine, I was told less than 5% of the spirits industry represents BIPOC and/or female entrepreneurs. That statistic is unacceptable. We need to make actionable change within the industry and begin to empower, support, and provide tangible resources to minority entrepreneurs as a first step toward inclusion and equality. I look forward to working with my fellow investors to make that happen.”

ReserveBar has supported 62 Spirited Change brands since July 2020 by providing over $700,000 of marketing services that have helped garner roughly $1.3 million in sales.

“ReserveBar is excited to work with a team of talented, Spirited Change Initiative board members and passionate investors, such as pioneers like Sean ‘Diddy” Combs, who set the bar for black-owned spirit brands when he famously disrupted the industry in 2007,” said Held. “We recognize the lack of representation in the beverage alcohol industry, but through this initiative and alongside incredible entrepreneurs and other visionaries, we are committed to providing a platform for greater opportunity and equality.”

Is No More Heroes 3 Worth Playing? | Review Impressions