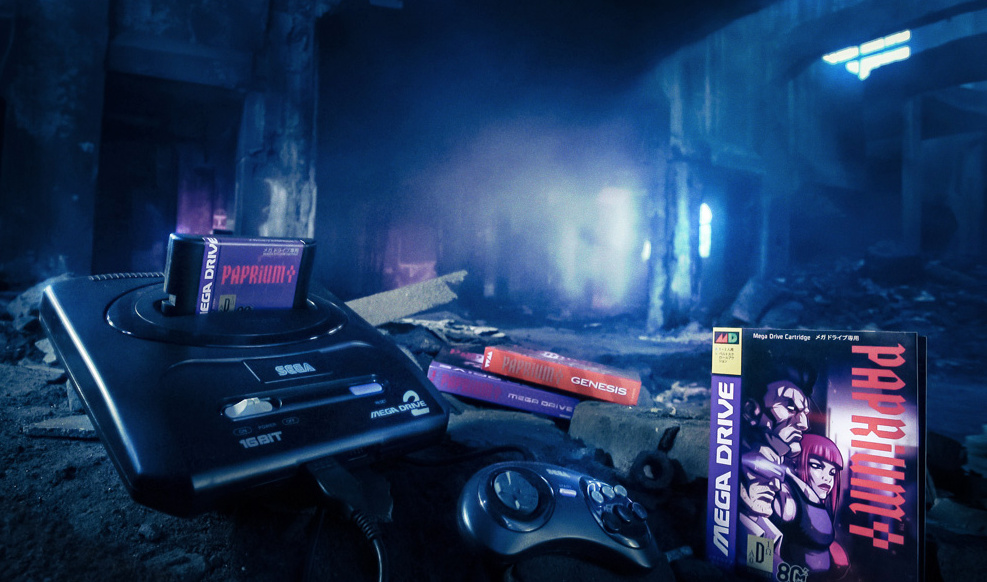 Remember Paprium? We covered the announcement of this Mega Drive / Genesis side-scrolling fighter a few years back. Created by the team behind Pier Solar, it was intended to push the 16-bit console to its absolute limits using special tech built into the cartridge. Plenty of people pledged their cash based on that pitch alone, but that was back in 2017, and at the time of writing, many people who handed over their money are still waiting for their copy (ourselves included).

We’ve documented the troubled development of Paprium a few times on this very site, but things took a strange turn last year when, seemingly out of the blue, the game was finished and started to (very slowly) trickle out to those who had backed it – then even that process ground to a halt.

WaterMelon Games is since stated that it has had issues obtaining the funds which were paid to it via PayPal (although it hasn’t elaborated on exactly why this is the case) and that completing the development of Paprium has left the company in serious debt. A new Kickstarter campaign is seen as a way of bringing the game to a wider audience via modern systems, and a means of securing the funds required to honour the orders taken for the Mega Drive version a few years back.

Amazingly, the Paprium Kickstarter has raised over £325,000 ($443,000) so far, blasting over its initial goal of £220,061 ($299,999). That means the game will be coming to Switch, and some of the other stretch goals include a pint-sized Game Gear version and a Dreamcast port. According to WaterMelon, those who are still waiting for the Mega Drive edition will eventually get their copies as a result of the success of this campaign – but there’s still a bit of time to wait yet, it seems.

Are you one of the people who has pledged their cash to this crowdfunding drive? Or maybe you’re like us, and are still waiting for the Mega Drive game you purchased back in 2017? Let us know with a comment.

Random: A Rather Angry Mario Is Hiding In This Sega Saturn Game From 1995