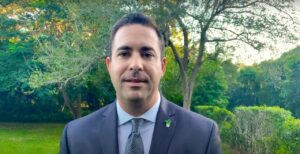 After being suspended for the third time, Miami police Captain Javier Ortiz was relieved of duty with pay on Monday.

CBS Miami reports, Ortiz was terminated amid an ongoing investigation by internal affairs into his history of alleged racism, harassment, and misconduct on duty. It’s a surprising end for the official who once served as president of Miami’s Fraternal Order of Police.

But after years of complaints against Ortiz’s controversial arrests, use of force, and other misconduct against fellow officers and civilians, Ortiz is finally out. Some of Ortiz’s most notable antics include calling for a boycott of Beyoncé’s 2016 Super Bowl 50 halftime performance. In January 2020, Ortiz attended a public meeting at city hall and claimed to be a Black man.

Miami attorney Michael Pizzi wasn’t surprised by Ortiz’s suspension that came on the heels of a lawsuit he filed against the disgraced police captain over his alleged “harassment” of a Hispanic male sergeant, Edwin Gomez, and a Black female major, Keandra Simmons.

“He has made their lives miserable, a living hell,” Pizzi told the Miami Herald. “It is not a coincidence that he has been suspended from the police force because the city of Miami is liable for condoning Captain Ortiz’s conduct.”

Pizzi is set to file a second suit against Ortiz for his alleged behavior. Ortiz had just been suspended last year during an FBI probe into a series of questionable incidents, most involving excessive use-of-force allegations. Some of Ortiz’s encounters led to hundreds of thousands of dollars in legal settlements between the city of Miami and his alleged victims.

A number of officers were upset when Ortiz was reinstated back in February. However, his return didn’t last long, and Ortiz was sent home from his job as captain on Thursday amid an inquiry by the department’s internal affairs detectives.

The police department did not explain what led to Ortiz’s termination.