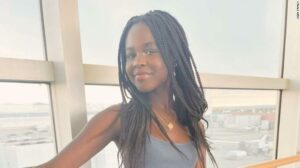 Last week, a video went viral of a Black high school student, Nya Sigin in Minneapolis being bullied by a racist white girl in a video. Now police are involved.

According to CNN, police in the town of Savage are now investigating the video shared extensively on social media. During her hateful rhetoric, the white girl urgds Sigin to kill herself after suspecting she tried previously and bashed her for not doing it right the first time.

Sigin, who attends Prior Lake High School, told CNN she was shocked by the video, which she believes is targeting her.

“I really couldn’t comprehend what I was listening to, it was really just a wave of different emotions. I was angry, I was disgusted, I was sad, I was confused,” Sigin said, who admitted that she has known the girl who was saying spiteful things in the video since elementary school—”basically, my entire life.”A

A school district in Utah is also under fire after reports surfaced earlier this month that a 10-year-old Black autistic student, Isabella “Izzy” Tichenor, committed suicide. The incident took place just weeks after the Justice Department publicly revealed a disturbing pattern of Black and Asian American students at the Davis School District in Farmington, UT,  being harassed for years. It was also noted that school officials deliberately ignored complaints from parents and students. The DOJ exposed the pattern in a report and settlement agreement released in October.

The police chief of the Savage Police Department condemned the incident after the video went viral.

“It was late Monday evening when I was advised of a horrific, hateful, racist video that was posted on social media platform,” Savage Police Chief Rodney Seurer said at a news conference Thursday. “This is not tolerated here.”

“Once the video was brought to our attention, we immediately launched an investigation into the students involved, and we will take swift and appropriate action,” Prior Lake-Savage Area Schools (PLSAS) Superintendent Teri Staloch, wrote in a Nov. 9 letter to staff and families.