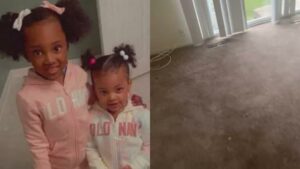 A mother in Kansas City is upset and asking for help after her apartment complex mistakenly emptied out her entire unit leaving her and her two kids with nothing.

My’Rohn Guthrie and her two daughters would like to return to their townhome. But nothing is in there because their toys, furniture, and even the food in the refrigerator were all thrown out last weekend, Fox News reported.

The mishap was the result of an error from their property management company. Guthrie saidd when she first arrived home to nothing, the Gateway Plaza Townhomes managers told her to call the police because they thought she had been robbed.

However, soon enough, they realized that the unit had been emptied because of a clerical mistake.

“I just started crying immediately and my jaw dropped and I was like. oh my God,” Guthrie told Fox 4.

Guthrie lived in the townhome for two years. She said she had to convince the property managers that it wasn’t the work of a burglar because there was no signs of forced entry. It wasn’t until they checked their records when they learned it was a mistake on their end.

“That’s when they told me, ‘we’re so sorry we cleaned out the wrong unit,”‘ she recalled.

The building workers had mixed up the units by one number and now Guthrie has lost about $32,000 worth of property. She is more hurt about the priceless family items that were trashed.

“It’s stuff I literally can’t get back. I had the canvas picture from here to here,” Guthrie said of one of her missing family portraits.

She also called out the building’s response to their disastrous mistake.

“They haven’t asked ‘do you or your kids have somewhere to stay, do you have food do you have clothes?”‘ Guthrie said.

Now the mother and her two kids are staying with a friend. She launched a GoFundMe to get help paying for new furniture and essentials for her family.