Japanese “calm technology” company Mui Lab has unveiled the consumer-ready version of its Mui Board – a minimalist control hub for the smart home that looks like an unassuming block of wood.

Designed for wall mounting, the Mui Board is a plank of timber that lights up from within using a subtle white LED dot matrix display.

This can be used like a touch screen to control lighting, curtains, thermostats, speakers and other elements of the home.

Mui Lab‘s aim with the design is to prevent distraction and information overload by reducing the presence of screens and providing a more discreet way to interface with the Internet of Things.

“Mui Lab’s unchanging focus is on the permanent value of family connection,” the company’s CEO Kaz Oki told Dezeen. “To this end, we have been developing ‘calm technology’ to enable people to focus on their important time without losing their attention at home.”

Building on previous iterations of the design, the company unveiled the second-generation Mui Board at the Consumer Electronics Show (CES) last week, incorporating the new Matter networking protocol.

This allows for easy integration with other connected devices by the likes of Apple, Google and Amazon.

At the Las Vegas trade show, the gadget was displayed as part of a “calm bedroom” showing off the company’s vision for a more restful, family-orientated smart home experience.

The act of closing the curtains in the room by hand prompted other events – a light would come on and a timer for the light would appear on the Mui Board.

Mui Lab offers a number of ways to set this light timer, including a playful option where the user draws a line with their finger – as squiggly as they wish.

The longer the line, the longer the light takes to start dimming, with the display showing the line gradually receding as time goes by. Mui Lab envisions this as a period for reading a book to a child or engaging in calm activities as part of a healthy wind-down ritual before going to bed. 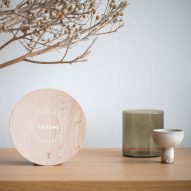 As well as setting timers and controlling connected devices, the Mui Board includes additional functionality such as displaying poetry, showing messages left between family members and enabling users to collect “stamps” as a reward for actions performed towards a set goal.

Users can control devices and leave messages through voice commands, by handwriting directly on the wooden surface or by using the companion app.

In sleep mode, the lights go out and the Mui Board reverts to looking like an ordinary plank of wood.

Integrating the Matter protocol has allowed the company to scale up its ambitions for the product, according to Oki, with the aim of launching in the EU and US later this year.

“Matter’s connectivity will help spread Mui’s idea of a calm and peaceful experience to the rest of the world by adding it to existing devices,” he continued. “This is one of the factors that will ensure our entry into the mass market.”

Other examples of calm technology include the Light Phone, which intentionally lacks features in the hopes of encouraging users to disconnect from the internet.

Google applies elements of the approach in its hardware design, often employing a domestic design language along with soft shapes and materials to make its electronics blend into home and work settings.

Similar display designs to the Mui Board have also been seen in concept designs such as Benjamin Hubert’s reimagined smart home device collection, which includes devices with mirrored and wooden surfaces. 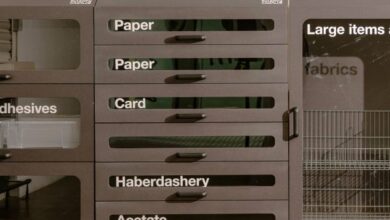