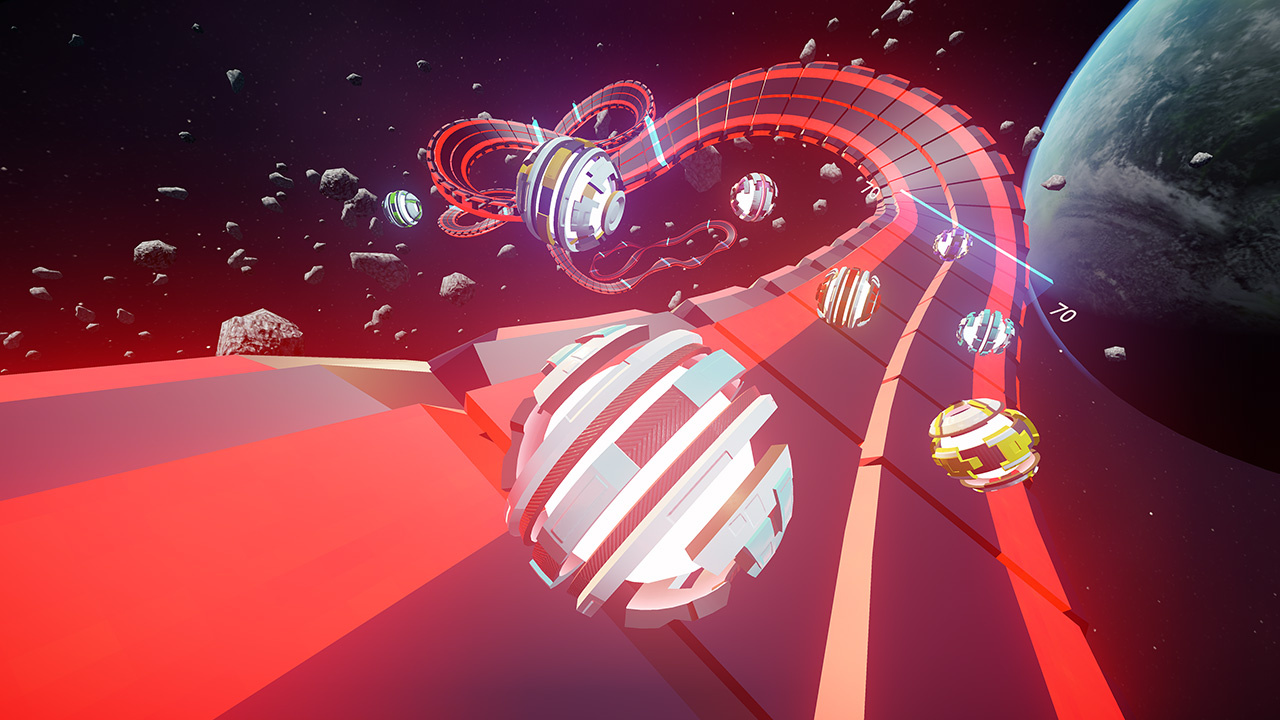 Super Impossible Road, a multiplayer racer that’ll have you hurtling through space, will launch on Nintendo Switch next month before its arrival on other consoles, it’s been confirmed.

Rogue Games’ “lightning-paced” title will hit the Switch eShop on 9th December, priced at $19.99. The game offers a career mode, an endless mode, and multiplayer for two-to-four players, and all of these run at 60fps. That’s right, even the four-player split-screen mode runs at 60fps – something that even Mario Kart 8 Deluxe doesn’t manage.

CHEATING IS WINNING – Race down corkscrewing and zig-zagging tracks, get ridiculous air, and go off-course to zoom past competitors or make up lost time.

MULTIPLAYER MADNESS – Compete against friends in silky-smooth 60FPS gameplay with 2-4 player split screen races, or with up to 8 players in online cross-platform multiplayer.

MULTIPLE GAME MODES – Players can take on dozens of challenges in the Career mode, race a new track every day on the Daily Track, or see how long they can survive in various Endless Modes!

Chris Archer, chief strategy officer at Rogue Games, says, “We’re working tirelessly to ensure that Super Impossible Road is a best-in-class racing experience across all platforms, led by our Switch launch next month. All the gameplay modes, even four-player split-screen couch play or eight players online, run at a silky smooth 60 frames per second, making Super Impossible Road one of the fastest-looking games on Switch and setting the stage for cross-platform play next year.”

It certainly does look rather lovely in those screenshots, so this could be a racer worth keeping an eye on next month.

What do you think? Share your thoughts with us below.