Update: Digerati has now announced a confirmed release date for The Magister. It’s arriving a little later than planned on 2nd September 2021.

A new trailer has also been released (see above).

The game’s being developed by Nerdook (Monster Slayers, Reverse Crawl, Vertical Drop Heroes) and has players building and customising their card decks to fight in battles. You’ll need to gather clues and discover motives along the way as you investigate a murder and attempt to unmask the culprit.

Players take the role of a Magister – agents assigned to enforce the rule of law in the far-flung provinces of the Empire. Dispatched to the remote village of Silverhurst, you must investigate the grim demise of a fellow Magister. You have 14 days to solve the case.

Key features
– Randomly generated murder-mystery: A walkthrough won’t help here! The events, clues, motives, and murderer change with every playthrough. Only YOU can identify the guilty suspect.
– Tactical card-based encounters: Your combat and negotiation skills are determined by the cards in your deck. Use a vast array of cards, such as ‘Heartstopper’, ‘Poison Slash’, ‘Weak Joke’, and ‘Long Talk’.
– Pacify enemies for a peaceful outcome: Use ‘Tactical Diplomacy’ as an alternative to fighting and calm foes with your conversation cards to reduce their Rage level to 0.
– Choose your Magister: Different Magisters come with their own specialities and flaws. From cunning alcoholic to intelligent insomniac – every variation defines a different adventure.
– Recruit a human ally or furry companion: If needed, a Mercenary, Spy, or Sage can be recruited to assist in your investigation. You can also befriend one of the local cats or dogs to fight by your side in battles.
– Set in a captivating fantasy world: You have 14 days to wander Silverhurst and befriend or intimidate its inhabitants as you race against time to unmask the murderer. 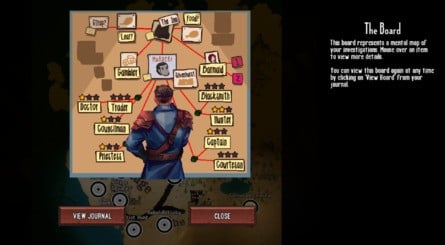 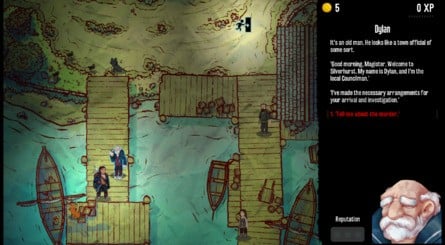 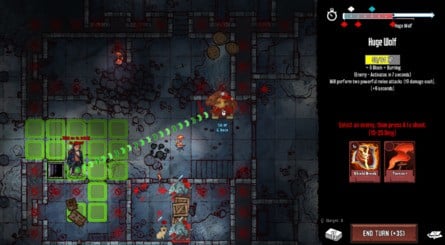 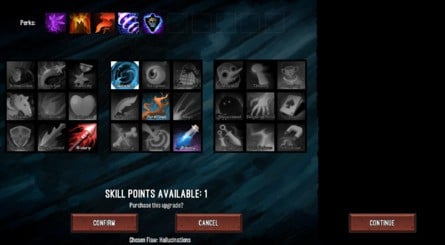 If you’re liking the sound of this one, keep an eye out for it launching on the eShop early 2021. Nerdook’s previous game, deck-building RPG Monster Slayers, has a very respectable Metacritic rating of 86 on PC so this could well be another winner.

What do you think? Share your early thoughts with us in the comments below.