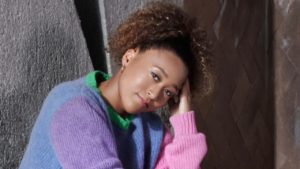 Tennis superstar Naomi Osaka continues her advocacy for mental health after posting a note on Twitter stating she’s done putting herself down.

While Osaka, 23, has collected tons of accolades in her career—including winning four Grand Slam championships, igniting the Olympic cauldron in Japan, and earning more money in a single year than any other woman in sports history for 2020 and 2021—she said she still criticizes herself.

“Recently I’ve been asking myself why do I feel the way I do and I realize one of the reasons is because internally I think I’m never good enough,” Osaka wrote on Sunday. “I’ve never told myself that I’ve done a good job but I do know I constantly tell myself that I suck or I could do better.”

She went on, “I know in the past some people have called me humble but if I really consider it I think I’m extremely self deprecating.”

Osaka declared to stop asking “Wow, why me?” when new opportunities are presented to her. She also vowed to stop being down on herself when she doesn’t meet or exceed expectations.

“I guess what I’m trying to say is that I’m gonna try to celebrate myself and my accomplishments more,” she wrote. “I think we all should.”

The note comes after some challenging personal and professional times for Osaka. She kicked off 2021 with her second win at the Australian Open and followed up with breaking her 23-winning streak at the Miami Open.

After the match against Maria Sakkari in the quarter finals, she spoke transparently about what she was feeling.

“What can I learn from the loss? I’m not really sure right now, I knew that going into the match…she’s like a really big fighter, so I knew it wasn’t going to be easy. I felt like I haven’t been playing well this whole tournament, like I couldn’t find a groove, so mentally it’s really hard for me,” she told the Miami Herald.

Prior to the French Open, she attempted to protect her mental space by announcing that she wouldn’t be speaking to the press at Ronald Garros. She was criticized and ultimately withdrew from the tournaments after being fined for refusing to attend a press conference.

Despite it all, Osaka offers a piece of advice that she’s now applying to her own life.

“Your life is your own and you shouldn’t value yourself on other people’s standards,” she said.

“I know I give my heart to everything I can and if that’s not good enough for some then my apologies,” Osaka wrote. “But I can’t burden myself with those expectations anymore. Seeing everything that’s going on in the world I feel like if I wake up in the morning that’s a win.”

How to Become an Audiobook Narrator