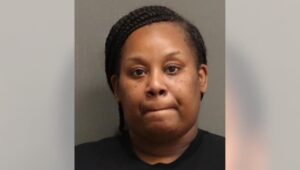 On Thursday, a mother was taken into police custody for bringing a loaded gun inside of a middle school during a fight between two students.

Barquita Williams, 38, was waiting outside of East Nashville Magnet Middle School when she and other parents heard a fight was taking place, WSMV reports. Two female students got into an argument that turned physical inside a stairwell with other students joining in.

Once the parents waiting for their kids outside learned of the melee, they entered the school. Several parents reported seeing Williams with a firearm.

While she initially denied the claims, she agreed to a search where authorities located “a loaded nine-millimeter semi-automatic handgun from her person,” a police report said.

Williams was taken into police custody and given a $1,000 bond.

“My daughter could’ve died yesterday. That’s all I can think about,” the mother of one of the girls who was fighting told Fox 17.

“A lot of them are scared to go back to the school,” said another parent. Now parents feel like the school didn’t do enough to prevent Williams from entering the school with a loaded gun.

“I asked him and one of the school resource officers what they were gonna do to help me feel safe sending my daughter back to school, and he basically told me I should just transfer my daughter,” the mother said.

The school says it’s committed to ensuring the safety of its students. But parents say having only two resource officers on hand is not enough.

“You have a high school, grades 9 through 12. I’m not sure how many students there are, but you need way more than two resource officers in that school,” the mother said.

When asked about the aftermath and how comfortable parents feel about their kids attending the school, the unidentified mother said she is worried.