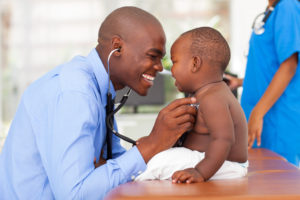 Some of the nation’s largest employers including Walmart are joining forces with a telemedicine firm to tackle health disparities among Black American workers.

Target, Best Buy, Medtronic and State Farm will join forces with Grand Rounds and Doctors on Demand for a new initiative called the Black Community Innovation Coalition. Combined, the groups employ more than 500,000 Black American workers across the country.

“We have nearly 300,000 Black and African American (employees) and about 50% of our workforce is comprised of people of color, so we spend quite a bit of time thinking about how do we impact and how do we create change here,” Lisa Woods, Walmart’s vice president of physical and emotional wellbeing told CNBC.

The Black Community Innovation Coalition will use Grand Rounds’ health assistance platform that will target outreach on specific needs of Black American workers. The goal of the program is to create a culturally specific concierge service to engage and assist Bla American workers on their health. The program builds on one created and launched to help last year to help LGBTQ workers.

One of the initial programs they are looking at includes encouraging earlier maternity care for Black female workers. According to the Centers for Disease Control Black women are three times more likely from pregnancy-related causes than White women.

“What we’re actually doing is integrating the health-care services, navigation and advocacy of the program, all in one place … through the employee resource groups,” explained Grand Rounds’ Dr. Ian Tong, executive leader of the Black Community Innovation Coalition.

The program has a huge need considering Black Americans were among the races most affected by the coronavirus pandemic. According to NBC News, overall, the deaths of African, Native and Latino American men and women were two to four times higher than White Americans. Racial disparities in access to the COVID-19 vaccine have also been apparent.

Before the pandemic, Black, Latino and Native Americans were dying at higher rates due to diabetes, heart disease and Alzheimer’s last year.