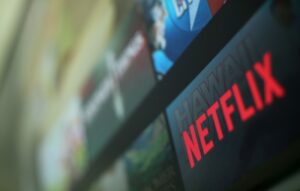 NEW YORK (Reuters) -A federal judge on Monday said Netflix Inc must face a defamation lawsuit by former Manhattan prosecutor Linda Fairstein over her portrayal as a racist and unethical villain in “When They See Us,” a 2019 series about the Central Park Five case.

U.S. District Judge Kevin Castel in Manhattan said Fairstein had plausibly alleged defamation as to five scenes, including that she withheld evidence, coerced confessions and directed a racially discriminatory police roundup of young men in Harlem.

“The average viewer could conclude that these scenes have a basis in fact and do not merely reflect the creators’ opinions about controversial historical events,” the judge wrote.

Castel said Fairstein could also pursue defamation claims against both the series’ director, Ava DuVernay, and against Attica Locke, a writer and producer, and civil conspiracy claims against the three defendants. He dismissed some other claims.

“We’ll continue to vigorously defend ‘When They See Us’ and the incredible team behind the series, and we’re confident that we’ll prevail against Ms. Fairstein’s few remaining claims,” Netflix said in a statement.

The Los Gatos, California-based company was responding to requests for comment on behalf of all defendants.

Fairstein’s lawyer Andrew Miltenberg said he was “exceptionally pleased” with the decision, saying the four-part series falsely depicted his client as “engaging in coercive and discriminatory conduct in order to build a case against innocent young men of color.”

Fairstein was running the sex crimes unit of the Manhattan District Attorney’s office in April 1989 when a 28-year-old white female jogger, later identified as Trisha Meili, was beaten and raped in Central Park.

Five male Black or Hispanic teenagers were convicted and spent five to 13 years in prison before being exonerated in 2002 when another man confessed to the crime.

They reached a $41 million civil settlement in 2014 with New York City, which did not admit wrongdoing.

The case has long been a focal point of discussion about crime and racism.

After the series’ premiere, a hashtag #CancelLindaFairstein called for a boycott of Fairstein, by then a best-selling crime novelist.

Fairstein said she was dropped by her publisher and forced to resign from boards of her alma mater Vassar College and three nonprofits, including two that support victims of sexual violence.

The defendants had called Fairstein’s account “revisionist history” and said their First Amendment free speech rights allowed them to present their viewpoint.