Riot Games has announced Hextech Mayhem, A League of Legends Story, which is a new rhythm-based game coming to Switch and PC next week.

Revealed today, Hextech Mayhem is described by Riot as a “fast-paced rhythm runner” set in the world of League of Legends, as reported by Eurogamer. It specifically takes place in Piltover, and there’s going to be a lot of bombs in the city, courtesy of Ziggs. 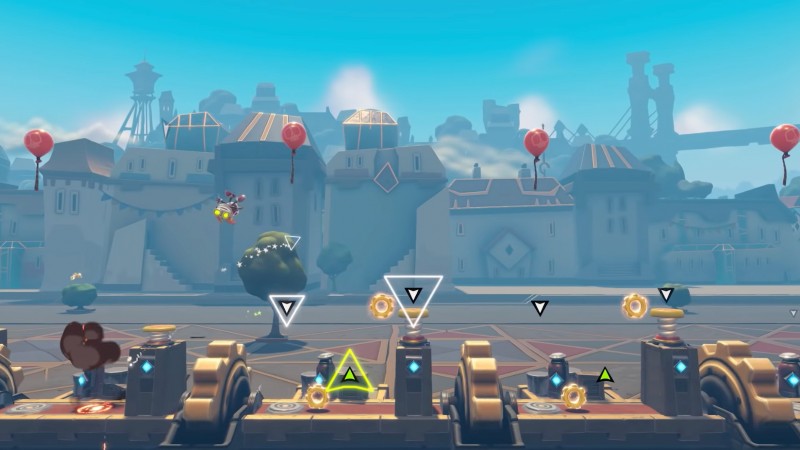 “From Choice Provisions comes Hextech Mayhem: A League of Legends Story, a fast-paced rhythm runner set in Piltover where every action has an explosive reaction and no amount of mayhem is too much,” the description for the announcement trailer reads. “Play as Ziggs on a quest to build the greatest bomb the world has ever seen while outrunning no-fun-allowed Heimerdinger.”

As noted in the description, Bit. Trip Runner developer, Choice Provisions, which is also the studio behind the Runner series, is developing Hextech Mayhem. What’s interesting about that is that it seemingly indicates Riot is continuing to take inspiration from Nintendo and allowing third-party developers (particularly those that skew more indie) to develop games set in the world of its usually first-party-developed IP. Nintendo did this with Brace Yourself Games and their rhythm take on The Legend of Zelda in Cadence of Hyrule.

According to Eurogamer, Riot’s own in-house publisher, Riot Forge, is dedicated to releasing games set in the League of Legends universe, “all developed by other, non-Riot studios.” Hextech Mayhem hails from Riot Forge, too.

Another interesting piece of information about Hextech Mayhem is that it will be coming to Switch and PC next week on November 16. After that, though, it will be coming to Netflix at a later date, Riot told Eurogamer. This seems to indicate that Netflix and Riot’s League of Legends relationship will continue beyond the currently-airing Arcane series. It’s no surprise the two want this relationship to continue, either, as the animated Arcane series set in the world of League of Legends is reviewing really well, by both critics and fans too.

While waiting for Hextech Mayhem to be released next week, read about how Riot is celebrating League of Legends’ Netflix series, Arcane, throughout all of November and then check out this trailer from the series. Read about how League of Legends champion, Jinx, as recently added to Fortnite after that.

Will you be checking out Hextech Mayhem? Let us know in the comments below!