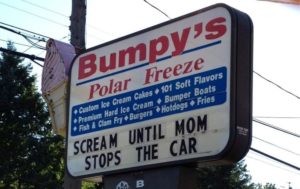 New York Attorney General Letitia James announced that the city has won a lawsuit she filed against David Elmendorf, the former owner of Bumpy’s Polar Freeze, in Schenectady, New York.

BLACK ENTERPRISE reported back in March that James announced the lawsuit against Elmendorf. This was the first time a lawsuit had been filed that has granted the attorney general the authority, by the state legislature, to do so against those making false, race-based police reports to local police.

“There is zero tolerance for harassment, intimidation, or violence of any kind against anyone in New York,” said Attorney General James in a written statement.

“As this nation continues to be plagued by division and hate, this decision sends a critical and clear message that those who perpetuate racism and discrimination, including filing false, race-based police reports, will be held to the fullest extent of the law. This is an important step forward, but our work isn’t over — we will continue to work tirelessly to ensure that every New Yorker feels safe and protected.”

The lawsuit was seeking to hold Elmendorf responsible for multiple racist and discriminatory actions. The discovery of the violation of the law came shortly after the ice cream shop’s alleged racist hiring practices came to light last year.

In several run-ins with peaceful Black Lives Matter protesters, Elmendorf brought out several weapons and proceeded to make death threats in an effort to stop legal protests. He is also accused of using a number of offensive racial epithets when referring to Black protesters. Elmendorf called the police and falsely claimed that the peaceful protesters were brandishing weapons as he used their race and color as the reason for making the call.

“I thank Attorney General Letitia James and the staff of the New York Attorney General’s Office for their professionalism and dedication to justice for our community,” said Schenectady County Attorney Christopher H. Gardner.

“This decision demonstrates that government, at all levels, is committed to seeking justice for all members of our community. When I requested the Attorney General’s assistance to help address this difficult situation, she did so immediately and without hesitation.”

Wah! A Free Demo For WarioWare: Get It Together Is Now Available On Switch